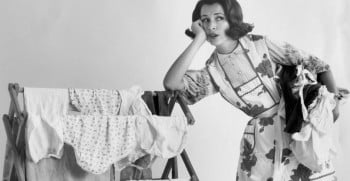 This sissy is happy to report her progress with her Servitude. Her servitude allows her to focus on what a privilege it is to serve such a beautiful woman. Her daily tasks consume a large part of her free time. In Goddess’s words, an idle sissy is a naughty sissy. This sissy is so grateful for such a caring Superior. As this sissy’s report progresses, she will explain her weekly life.

Sissy works an average of nine hours a day for her Goddess. Upon coming home, she strips away those nasty man clothes and dresses as her true self. She promptly heads into the kitchen and prepares dinner. She takes extra special care in cooking, ensuring that the meal is perfect in every way. Goddess deserves nothing less. Goddess usually comes home about halfway through sissy’s preparation. Sissy stops what she is doing and pours Goddess a glass of her favorite wine. Sissy kneels at her goddess’s feet and offers her the glass. Sissy’s eyes are always staring down unless she is commanded to partake in such a privilege. Sissy removes her Goddess’s heels and kisses the top of each foot. Goddess will then dismiss sissy to continue cooking. Once dinner is ready, sissy prepares Goddess’s plate and kneels at her side until Goddess is done eating. Sissy takes away her dishes. It is now that sissy may eat. Sissy then proceeds to hand wash every dish and pan. Drying them and placing them back into their rightful place.
After cleanup, sissy proceeds to the parlor where Goddess is sitting. Sissy kneels quietly by goddess’s feet. Always awaiting her next command. No words are ever spoken to sissy. Sissy knows what her Goddess wants. Goddess raises up her feet means Sissy needs to be a footstool. Goddess pressing her foot into sissy’s face means sissy needs to clean them. If Goddess presses her foot against sissy’s chest means a foot and calf massage. Sissy knows Goddess has a tiring day and deserves nothing but pampering.

Once Goddess has been pampered and has tired of sissy’s company, sissy is dismissed. Sissy will then proceed to gather the day’s laundry and clean them. Sissy takes extra special care with Goddess’s clothes. Goddess must always look perfect. Each cleaned garment is hung with care. Sissy will then head to Goddess’s chamber. She will lay out Goddess’s gown and turn down the bed. The greatest privilege this sassy has is undressing her Goddess. Each piece of clothing is folded neatly and placed in a chair. Daintily, sissy places the gown on her Goddess. Goddess rewards sissy with a kiss on her cheek.
Sissy is then placed in her cage where she spends the rest of the night. Inside the cage, sissy reads her required literature, fashion magazine and female erotica. Sissy is forced to listen to her hypno-music while doing so. Sissy’s cage is unlocked but sissy never leaves it until morning.

Sissy awakes a few hours before Goddess. She sets out a fresh towel in the bathroom for Goddess. Sissy will then clean the house. Dusting and wiping down only, sissy must not wake up Goddess. Near the time for Goddess to awake, sissy prepares the breakfast and brings it into the chamber. Sissy will crawl over to Goddess and kiss the hand of her Goddess to awaken her. As Goddess sits up, sissy will go and bring the breakfast over to Goddess. After Goddess is done eating, sissy takes away the dishes and places them in the sink. Sissy will not wash them yet. Sissy will not take away the hot water from Goddess. Sissy will wait until Goddess is done first. Sissy vacuums the floors instead. Once Goddess is done with the bathroom, sissy is allowed to use it. Once sissy is clean and all stubble removed, sissy cleans the bathroom and gather the dirty towels, placing them in a basket for laundry.

Sissy will then proceed to dress, wearing the panties and lingerie Goddess has chosen. Goddess will give sissy additional tasks if any, as she leaves for her work. On the weekends, sissy does the grocery shopping and anything outside the home. Sissy is always dressed as how her Goddess deems fit to do these chores.

Sissy has learned so much about her role in life. Her role is to serve in whatever manner Goddess deems fit. It is with all this sissy’s love and adoration, she submits completely to the will.

Unfortunately, Goddess has forbidden this sissy to post any pictures until sissy learns to apply makeup better.