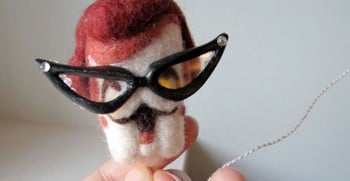 This sissy is writing to tell you about he.r third period, the first of he.r periods to emulate a mature woman. And, my oh my, how to fill five days’ worth of period into a simple report.

It began when this sissy received the notification from the House that s.he was on he.r period and s.he changed into he.r special period panties. S.he put on a pad and put Vaseline body lotion on he.r sissy clitty. Thus began the five days of he.r period.

The first day was a light day—only lotion and pads, but this sissy also used a tampon for about two to three hours. Days two three and four were heavy days, and this sissy’s pad was always wet with either strawberry jelly or a line of maple syrup or both. In fact, on day two, there was some leakage into this sissy’s pants that s.he wore for work; these need to be dry cleaned before this sissy can wear them again. One of the troubles of being on your period, this sissy supposes. This sissy used a tampon for all three days, with the longest time in being around four-and-a-half hours. On days two and four, this sissy took a laxative so that the cramps were noticeable; s.he made sure to wear her tampon during the time that the cramps were at their worst. Day five was another light day, with just a pad and body lotion. In addition to the messy jam and syrup, this sissy used body lotion every time s.he changed he.r pad, which was at least three times per day. This sissy had to run to the store on day four to purchase more tampons and pads; the amount of both used surprised her, but s.he will be ready for the next period.

For all five days, this sissy drank extra water so that s.he was bloated. S.he did not go more than an hour between using the ladies’ room to tinkle; sometimes, s.he had to go about every 30 minutes. This sissy sat down to tinkle, and used clothespins on he.r nipples. In addition, every night when s.he changed to go outside to smoke a cigarette or three and say her sissy mantra, s.he used alligator clamps on he.r nipples. Needless to say, the nipples were very sensitive throughout the period.

Mistress, this sissy found the experience to be physically uncomfortable, but mentally and spiritually enriching. This sissy likes the reminder that s.he is on her period, as this experience reminds he.r that s.he wants to emulate her Superiors however s.he can. Being on a period allows this sissy to feel feminine and understand the trials that real Women endure.

Thank you again for this experience!