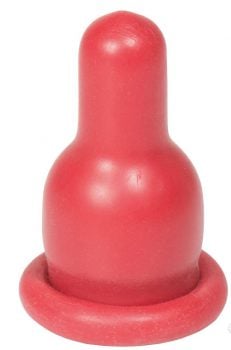 This sissy in training read and absorbed cock-sucking 101 and other tips and suggestions in the training series. s.he especially has enjoyed learning to place a condom with only her mouth and tries to practice daily. It’s natural for a submissive to happily do any tasks H.er Lady doesn’t want to perform herself and for sissy that has included servicing cock since training as a teenager.

This sissy wants to tell the story of how s.he came to her rightful place on her knees performing Fellatio. You may know that sissy came under the guidance and discipline of Mrs. S when sissy was 16 and stayed through the age of 19. In this time frame sissy was disciplined by paddle daily by Mrs. S and Mrs. S managed every facet of sissy’s life. Mrs. S helped sissy become a better athlete, expanded h.er physical conditioning, learn mathematics, improved grades to excellent, trained sissy to be a better lover, taught empathy and compassion. Mrs. S made sissy a better submissive in the presence of women. Most of the training took place while kneeling at her discipline bench. She taught sissy it was right for h.er to wear silky red panties under her male clothes, to appear naked before a fully clothed Mrs. S, to open every door, perform every duty the Lady did not want to perform, to speak only when spoken to and to avert eye contact with Superiors unless being addressed. sissy looked to Mrs. S for guidance and worshipped her every instruction as she guided sissy into manhood.

Mrs. S enforced chastity with her paddle and soon had total control of sissy’s sex; providing the performance enhancement abstinence provides in physical and mental endeavors. sissy began to shamelessly drip semen ruining her red panties and Mrs. S was unable to paddle the problem out of h.er. Eventually Mrs. S found a solution for sissy in prostrate massage. But, Mrs. S worried that the expulsion of sissy’s semen would deplete her vital protein liquids and deteriorate her performance. She solved this problem by training sissy to eat her own semen from h.er prostrate massage. Mrs. S became concerned about the small production of semen from the little penis and began to use certain devices from the sheep herd. She used the Ram Ejector shown below to totally drain with one pop of the electric switch sissy’s prostrate and testicles. That tool produced enough semen that Mrs. S would feed it to sissy through a bottle with a hard rubber teat that she trained sissy on (similar to the lamb feeding below. The red teat was is the tip she trained h.er with.). She mounted the feeder and teat on a lambs spring above the kneeler and sissy would strain her neck to reach the teat and suck rapidly for each drop of semen. Over time the feeding grew to 30 to 45 minutes and sissy’s sucking capacity and tenacity for the semen filled teat grew to a fever level. This training became weekly and sissy and Mrs. S both loved it but eventually Mrs. S began to believe that more semen would add to sissy’s strength and stamina and she began to supplement the supply with other semen. sissy responded well and developed more bulk and muscle definition of a man on the supplement. Mrs. S became concerned that the freezing of some of the semen was weakening it and began to talk about fresh semen supplements being more desirable. She asked sissy if she would like fresh semen in the midst of a frenzy on the teat and s.he responded with a positive nod. During feeding sissy was always blindfolded so that the experience of milking the prostrate and sucking the teat was not diminished. During the next Sunday morning session while sissy was sucking the goats teat dry Mrs. S invited h.er to turn 90 degrees and try out the direct delivery of fresh semen. That’s when it began; each Sunday a fresh supplement was added to sissy’s training from Mrs. S’s Stallion. sissy was trained to take the Stallion’s cock deep into h.er throat and to take the full load. Eventually sissy’s blindfold was eliminated and she was trained to service the Lady and her Stallion. Mrs. S still used the kneeler, paddle and the smooth probe for months. sissy has never lost her taste for the male Stallion.