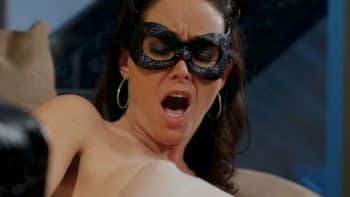 This sissy has been here since February s.he believes. S.he has learned much; some s.he already knew just by breathing – but, s.he has to report her subjugation to her Superior of 50+ years.

While sissy and his Superior do not fight, we have not been intimate for over ten years. During that time sissy became convinced s.he would never have pussy again so began taking ‘the juice’. Sissy has since begun growing breasts, s.he is officially castrated (more about that later), and s.he has no desire to penetrate a woman, Superior or not.

So last night in bed, as normal, sissy and Superior hold hands, and sissy caressed Superiors arm touching Her breast. She asked sissy if s.he was trying to turn her on? After abit of back and forth, sissy informed Superior s.he could only satisfy her orally. Superior gave that certain touch and sissy knew it was now or never. S.he got up, went between Superiors legs, and for the first time in over ten years tasted h.er Superiors pussy. The pussy was as sweet as ever and memories came flooding back.

The point is this – sissy has been going to bed with h.er Superior for ten years without touching either her pussy or making any moves. The teachings of this site have given this sissy an order to subjugate h.erself to h.er Superior. It is sissy’s duty to please his Superior and sissy WILL comply. Sissy told h.er Superior s.he would orally take care of her at her request, anytime.

For the record, Superior slept better than She has in along time!! jo-anne is a beautiful sissy – thank you Madame Stewart