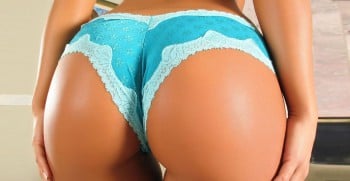 This sissy had been thinking about her Special Day as it approached. She definitely did not want to continue just ‘wanking’ and reverting to male (ugh) mode on her Special Day. So, on her day she began by meditating on what it means to be sexually satisfied as a Woman. Then she rose from her bed, and while showering, shaved her legs, underarms and ‘special places’ very carefully. After sissy’s shower, sissy put on her panties, and returned to her bed. As she ran her hands all over her body, she paused at her breast buds. Sissy then gave her breast buds a ‘chi massage’ for about five minutes. A breast bud massage makes this sissy’s nipples super sensitive, and she spent the next few minutes teasing her hard, erect nipples. When this slut tweaks her nipples after a massage, she feels her feminine sexuality burst from within her, until she writhes in glorious joy, humping the air, hoping for release. As sissy’s loins throbbed, she lubed two fingers and rammed them into her sissy pussy. This sissy then found the g-spot on her sissy clit, and gently massaged her clit as she fucked herself with her other hand.
This sissy slut’s mind, soul and body were now totally immersed in the feeling of orgasm as a female. Any ‘man feeling’ was totally absent. As she came, and felt her pussy pulsing on her fingers inserted there, her mind and soul were all female, all sissy, all girl.
As this sissy collapsed, sweating and spent on her bed, she promised that from now on her special days will be totally devoted to this ritual, to feminine, sweet orgasms fulfilling the sissy she realizes she is, and will always be.