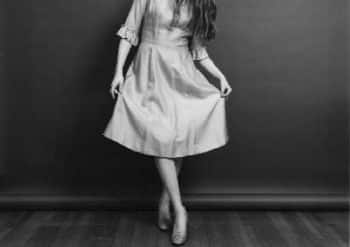 when sissy jennifer first looked at this Assignment, sissy did not realize the extent and breath of the assignment, because it is not really an assignment that you do once, but an ongoing commitment to a new mentality and life acceptance.

sissy jennifer had never completed this assignment and believes this is the major reason for he(r) lack of progress and backsliding. sissy believes it was a lack of true understanding as to the meaning of Zen of Servitude and dedication and commitment. sissy jennifer had always believed Zen to mean a state of mind or tranquility, it failed to truly understand the meaning, “emphasizes enlightenment for the student by the most direct possible means, accepting formal studies and observances only when they form part of such means.” sissy jennifer’s enlightenment is the full understanding of what it will take to embrace the lifestyle of being a sissy, that sissy’s life is to serve, please he(r) Mistress or Master, be submissive in every thought, action, nature and behavior. Each day sissy will work at eradicating the following: aggressiveness, stoic, self-centered, demanding, in charge, commanding, hard and rough behavior and traits while adopting a nature passiveness (following and never leading), being more emotional (not afraid to show feminine emotions and gushing at everything my SO does), self-effacing (always placing the needs of other, especially superior women above my own), giving, reliant (always ready to serve), obedient, soft and smooth.

Sissy jennifer realizes these changes are not accomplished in a day, but require dedication which (s)he openly and submissively gives to the Superiors of this site. sissy hereby commits to being passive and from giving/offering any opinions to any woman/Superior, learning to show he(R) emotions and not worry about how it is perceived by real men or women (humility and humiliation), sissy will be obedient and not question directives, but perform the task. sissy will be remain soft (sissy already puts lotion on daily) and is smooth in its appearance to reinforce its sissy stature in life.

sissy loves to cook for its girlfriend (a non participant) and cleans, sissy sometimes does get to rub her feet and thinks it will be fun to try kneeling in front of her with head bowed while rubbing her feet, sissy wonders if she will notice the submissive gesture

sissy jennifer does not know what the future holds, but willingly and submissively is turning he(r) self over to the control of the Superior women of this site, in so doing sissy jennifer will serve all the Superiors on this site and any woman it comes in contact with. this is a marathon not a sprint!