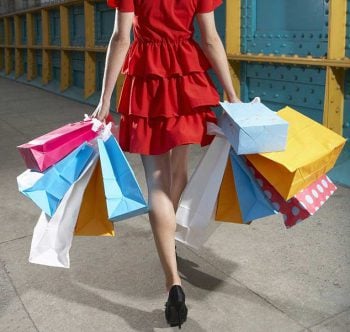 This sissy went out her third shopping trip to a retail store recently. She went back to same business that she went to on her last trip, hoping that the same sales lady would be there. As luck would have it she was and promptly approached this sissy.

She politely asked if she could help me with a sly smile and twinkle in her eyes, and asked me if this sissy was shopping for or someone else, this sissy replied it was indeed for me and I think she just wanted to hear sissy say the clothes were to be for me as if to reinforce the point.

Of course this sissy said that she could use her assistance and proceeded to peruse the dresses and the skirts to see what was new or that she might like. This sissy found a couple of dresses that she was fond of and went to dressing room to try them on. Since this sissy had her bra and small breast forms on as they weren’t noticeable under the heavy coat, she could see what the dresses would look like more realistically. this sissy didn’t notice she was close behind me when I was going into the dressing room and surprised me by saying she would like to see how it fit when sissy had it on.

Surely sissy’s face must have blushed because she gave sissy a slight smile and said that she would be a better judge of fitment than me, to which sissy replied that she was probably quite correct. Sissy then proceeded to try dresses on and told her she could take a look, imagine sissy’s surprise when she said ok and to step on out, hesitantly sissy told her that she did not want everyone to see and she replied that there wasn’t anyone close by to step out for a few seconds. The next minute was the longest for this sissy as she stepped slowly towards the door. Once outside she had me turn around and checked fitment and said she would be right back. the sales lady soon returned with an identical dress in one size smaller. Sissy then repeated the process and once again stepped out and turned for sales lady to which she said that’s more like it and asked what size shoes I wore, and shortly returned with a pair of 4 inch heels, they didn’t have anything higher in my size, sissy must have blushed again so she said your standing here in a dress you need shoes to go with it to see how it looks.

Sissy then put shoes on to which brought a really big smile to her face and she said now your getting somewhere. Sissy then tried on a few more dresses and some skirts and tops under the guidance of the sales lady. This sissy thinks she was thoroughly enjoying sissy trying on the clothes. Sissy picked a couple out and she told this sissy that they were going on sale in a couple weeks so I should come back then since I knew what I wanted. As we were walking away she asked if I needed anything else, like panties or something. Since she had been so helpful this sissy bought a few pairs of panties that the sales lady picked out. this sissy left the store amazed at how this trip turned out.