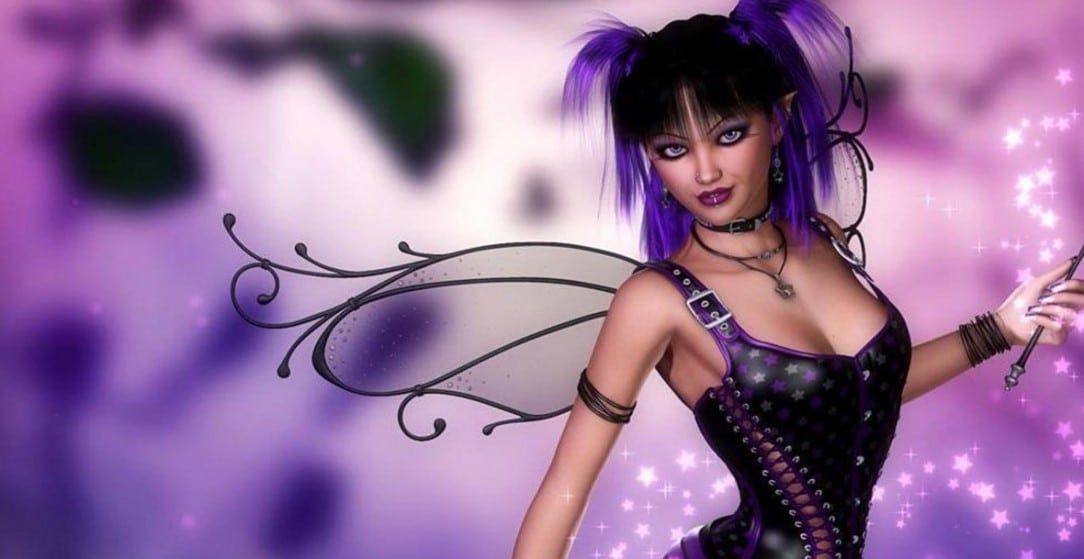 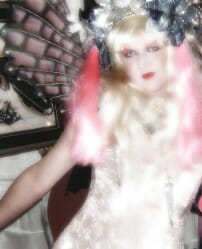 About ten months ago i started creating this wacky series of videos for YouTube called the Orchid Lament Diaries. It is the story of a average guy living an average life when suddenly his world is turned upside down by the strange and unexplained fact that he is turning into a faerie. A girly little pixie sprite. Complete with wings wand and shimmering tiara. He feels new urges new desires and he must fulfill everyone of them no matter how humiliating. Has he going insane ? Could he be in fact under a magical spell? Is he just the most successful sissy ever to repress his cross-dressing desires?

i love this character more than any other i’ve ever created because through the birth and creation of Orchid Lament i have learned so much about exactly the species of Transgender creature i am. Allow me a small digression and ill try not to make it boring.

My Mother is Scottish and she is a proper lady through and through. A graduate of the Royal Academy of Dramatic Arts. However being a good Scotsman above all else, Mother likes to party. When i was growing up, she was very tight with the Scottish community of Colorado”¦ and occasionally parties would erupt in my house, that would get more than a little out of hand. It would start off with the bagpipes blaring from the stereo then onto a round of singing. And sooner or later my Grandfather would rip loose with a incredible version of Danny Boy. i can still hear his baritone voice singing that mournful ballad. By this time my Mother would be well and truly in Her cups. i was always trying to keep a low profile, but Mother would sooner or later spot me and she would tell Her story of how she had found me on the banks Of Loch Loman . That i was kelpie changeling child.

Now a kelpie is a water creature, that are related to the Loch ness Monster and water horses.   They are shape shifters, and one of their aspects is a kind of mermaid creature with slick black seal like skin, and strange magical powers.   i never thought much of these stories. They were more embarrassing than anything. But when the stories began to follow me i began to pay attention. 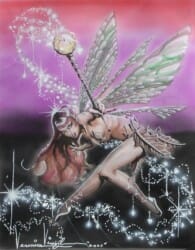 When i was about twelve i had a chance encounter with a legendary Exotic Dancer named Tempest Storm. The details of which i have written about in my autobiography Diaries of a pervert. The upshot of this was Tempest looked right at me and told me that i was a faerie. A faerie creature. She said this as matter of factly as my Mother once told her tale of Loch Loman.   The evidence was beginning to mount up. It was starting to gnaw at my subconscious.

Then as i grew, event after event persisted. People whom i never met before, telling me i was enchanted or magical. And they weren’t meaning it in the complimentary terms of casual conversation. Some approached me like they expected me to grant a wish right on the spot. Others were fearful and genuinely scared of me. i am told that to this day im still a legend at my high school for being the spookiest kid ever to attend , not that is not a difficult   trick. The kids i went to school with were as dumb as a box of water logged socks. But there was something up inside me. i mean, i knew i was cross-dresser since i was a wee pervert.

I also knew that my one desire in life was to be a fabulous Drag Queen. . However i seemed very verifiably heterosexual in my proclivities towards the opposite sex. Not unusual for a cross dresser but highly unusual for a Drag queen.

Well years later i found myself working at the Queen Mary Show Lounge in Hollywood. The longest running continuous drag show on planet earth at the time.. and that’s where i met Butch Ellis and Dolly Levi.   Two of the very best Queens ever to grace a stage ever, anywhere. Anytime. Butch was the host of the show, and every night he would say the same thing. At some point during his monolog “I see you have come to watch the faerie’s dance.” It was such a nonsequiter , it never got a laugh. But i knew i would have to ask him about it. Butch almost whispered his secret to me”¦. He said. “That’s because we are the faerie’s veronica.   This what we do.”  i went to Dolly who was my Drag Mother and told her what Butch had told me. Dolly looked at me like i was insane and said. ” Well duh! “ 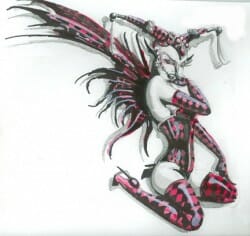 After that day the faerie in me began to wake up and my life began to change. My art became better, my performance sharper. My whole outlook on life grew almost down right Disney positive. With tweeting birds and smiles all over the place. The more i looked around with faerie eyes the more faeries i spotted . But the people i spotted most with the magical power in them, brightest even in the darkest alleys were the T.G. people.

Now i know what your thinking. Your thinking Holy Catatonic Seizures and straightjackets. Veronica Vinyl is completely mental. Maybe its was some lead based makeup, or one too many falls in ultra high heels. But she’s bug nuts. That all may be true, but that is where Orchid Lament came from. If this is insanity, you can keep reality”¦ thank you very much.

Ok one more digression and i swear i’ll stop. Last year i finally decided to express my faerie self as an actual faerie. I began to work on a costume, and wore my costume to a convention in LA. I did not expect the reaction i got. Oh sure, the kinky like it. They are all costumed up themselves. It was when i left the convention area and wandered around the hotel, kids came up to me and tugged on my dress.

Grown Women approached me asking to be faerie blessed. Even stuffy stodgy men wanted me to grant their wishes. i was blown away. These people fully were ready, and i would say even needed to believe in faerie’s. They were sending me their desire in waves”¦ i had only ever experienced anything like it when on stage.

So here she is. Orchid Lament. In all of her species dysphoria . I’m hoping to spend allot more time in my faerie wings in the future. Granting wishes and weaving my spells, dancing amongst the trees with my faerie lights burning bright. Do you believe in faerie’s? Because the faerie’s believe in you.

Thank you so much for providing us with your wonderful website! I was feeling so lost and lonely, until I discovered you. I am so eager to learn more about your happy community. In the mean time, I promise to… Read more “freddie”

Lovely wings! But nataley thinks s.he is most envious of her beauteous, long flaxen locks. Oh that it were so easy to transform and become a fairy with the purchase of a pair of wings. But as nataley has stated first, they certainly are lovely wings!

I completely forgot about these! i so loved being orchid for these. thank you so much for the kind words.

veronica my sweetest lovely faerie,
it’s all that magic of yours which gives me hope that my wishes are going to be granted. The more I get to know you the more I thank Goddess with tears in my eyes, tears of true emotional shake and gratitude, for being your little sister, and our incredibly wise Mistress’ Ms. Stewart little sissy, thanks to Her I have got in to this magical world.
Love you
sissy philippa

Sweet veronica, i really think we’re all changelings here and in need of Orchid Lament’s magical aura to give us back our true place in the fairies world!
Love you, darling
aline