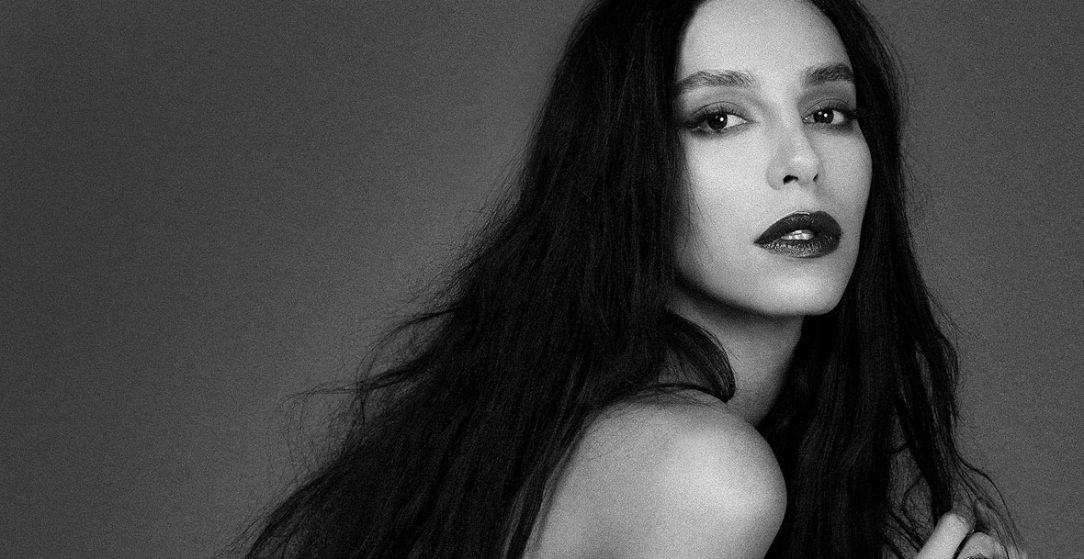 At first sight, the only thing that is striking about Lea T is her beauty. With her full lips, strong jaw and dark tresses falling in cascades over her shoulders, she is the perfect high-fashion package: alluring, whippet-thin and with a face too distinctive to be considered merely pretty.

No wonder, you might think, she has gone from backroom assistant to sar- torial sensation in just months, appearing in Givenchy’s autumn/winter ad campaign, smiling in Italian Vanity Fair and – as a crowning glory – posing naked for the hallowed pages of French Vogue.

But if this Brazilian bombshell is causing such a stir it is perhaps because there is more to her than meets the eye. Lea T was born Leandro and, as well as being a model and a muse, she is an out and proud transsexual.

For Riccardo Tisci, the creative director of Givenchy and the man who first encouraged his “very feminine” friend to go to a party in women’s shoes, the move was obvious. For Lea, 28, however, the transition – from man to woman and from misfit to role model – has been anything but.

Not only, she says, has it turned her into someone at whom strangers feel entitled to point and stare, but it has provoked the anger of her Catholic family. It has filled her body with mood-altering hormones and brought her face to face with what she says is the inherent loneliness of transsexuality.

Despite all this, she says, the “war in her head” has been worth fighting. “The choice,” she said in an interview in Italian Vanity Fair, “is between being unhappy forever or trying to be happy.”

Born in 1981 in Belo Horizonte, Brazil’s third largest city, Leandro or “Leo” Cerezo grew up in the privileged environs of a family that, long before one of its number graced the pages of fashion magazines, was no stranger to the limelight.It was with undisguised glee that, once Leandro had appeared in photoshoots as Lea T, a Rio newspaper’s gossip column revealed she was none other than the daughter of soccer hero Toninho Cerezo, the World Cup veteran and contemporary of legendary Brazil players like Falcão, Sócrates and Zico. He had not, the paper said, reacted well to its questions concerning his child’s new existence.

“We got in touch with the former star but, irritated, he limited himself to saying that he had four children, one of them called Leandro,” the newspaper reported. “When asked if the boy had starred in the Givenchy campaign, Cerezo hung up the phone.” The same newspaper, Extra, noted that in a 2007 interview Cerezo, now manager of the second division club Sport, had claimed to have only three children.

Lea’s brother, Gustavo, has denied claims of a family rift, insisting: “It’s Lea’s success, not the family’s. All I will say is that we are on her side and we support her.”

But the model herself has admitted that Toninho is not overjoyed by her transformation. “He doesn’t even like to touch on this matter,” she told Brazilian radio. In the Vanity Fair interview, moreover, she said she “never spoke directly” to her father about undergoing the hormone treatment that will, eventually, give her the body of a woman. Conversation, she said, was limited to trivialities.

This reaction, say observers, may be unfortunate, but it is not surprising. “In a macho, Latin-American, Catholic culture… [a family’s response] is complete denial,” Brazilian transsexual Walkiria la Roche, founder of Belo Horizonte’s transsexual and transvestite association, Asstrav, said. “We are excluded when we go to primary school, but the first institution that excludes us is our family.”

According to Léa, this fact that his young son was different from other boys had not escaped Toninho, even though their time together was limited to sporadic visits by the footballer. “When papa came home he would look at me and say there was something wrong with me. In the years to come, everyone started to pray that I was gay. It would have been the lesser evil for a religious family used to rules and type of colonial, rigid way of life,” she said.

Even as an adolescent at a European school, in Italy, however, Lea knew her situation was not that simple. She had been attracted to girls and boys and remembers feeling she had no “defined sexuality, or a precise direction to follow”. However, it was a big leap from that uncertainty to embracing the idea that she might be happier as a woman. “When I discovered transsexuality, I was curious then recoiled with fear, telling myself, ‘I am not like that,’ she said.

It was only later on, when she met Riccardo Tisci, a young graduate of Central Saint Martins art college, London, that Lea began to consider the prospect for real. With his penetrating artist’s eye, Tisci, then an aspiring young Italian designer, recognised his friend’s inherent femininity. “One night he encouraged me to wear pumps to a party,” she recalled in French Vogue. “We went shopping for ‘drag queen’ shoes and we bleached my eyebrows. It was a revelation.”

Fast forward several years and Tisci is now a star of the fashion world at Givenchy. But he has never forgotten his old friend, employing Lea as his personal assistant and using her as his fit model behind the scenes of the prestigious couture house. He is unstinting in his praise of her to the industry bible, WWD: “She’s a true goddess. She’s always been very feminine – super-fragile, very aristocratic.” When, in a reflection of a growing industry trend, Tisci decided to base his autumn/winter collection around the idea of androgyny, there was one person he wanted above all, and – to his delight – she said yes.

“I agreed to pose in the name of all my transsexual friends,” Lea has been quoted as saying. In a sign of her increasing self-confidence and determination not to hide her transsexuality, the French Vogue photograph is unashamedly bold. With one arm around her waist and another only partially covering her male genitalia, it leaves little to the imagination.

Some commentators have dismissed both Tisci and Roitfeld’s use of Lea as a “gimmick”. But others welcome the boldness of the gesture, regardless of the motivations behind it. “Carine Roitfeld consistently leads in advancing our international discussion of human sexuality,” remarked one US blogger, adding that the French Vogue picture “would never run in a fashion magazine in America.”

In Lea’s hometown, too, reaction has been positive among activists who see her fame as a step towards greater tolerance. “It’s a good, positive example and this is very rare,” said La Roche, who heads a government department fighting for transvestite and transsexual rights and claims to be one of only three transsexuals working in government around the world. “It is important to have Lea in a magazine. All positive press shows society that we are capable of things other than prostitution or being hairdressers.”

The enduring difficulties which people incur when they choose to switch sex are all too familiar to Lea. From the every day humiliation of being laughed at by strangers to the disorientating effects of sex change drugs – “I would wander the streets, full of hormones, depressed, with people laughing behind my back” – she is proving to be an eloquent ambassador to what remains a globally marginalised and misunderstood community.

Even now, with her education and privileged background, and all the comforts that come from her burgeoning celebrity status, Lea is under no illusions about the emotional challenges that lie ahead —and not only from the intense media interest, which has been relentless since the Givench ads were launched.

Lea, who says she “cannot allow [herself] the luxury of being in love”, is pessimistic about her chances of finding happiness with someone else. Those transsexuals who do enter into serious relationships, she says, often do so by keeping their past from their partners.

“They live as hypocrites; it is a variation on solitude,” she said. “We transsexuals are born and grow up alone. After the operation we are born again, but once again alone. And we die alone. It is the price we pay.”