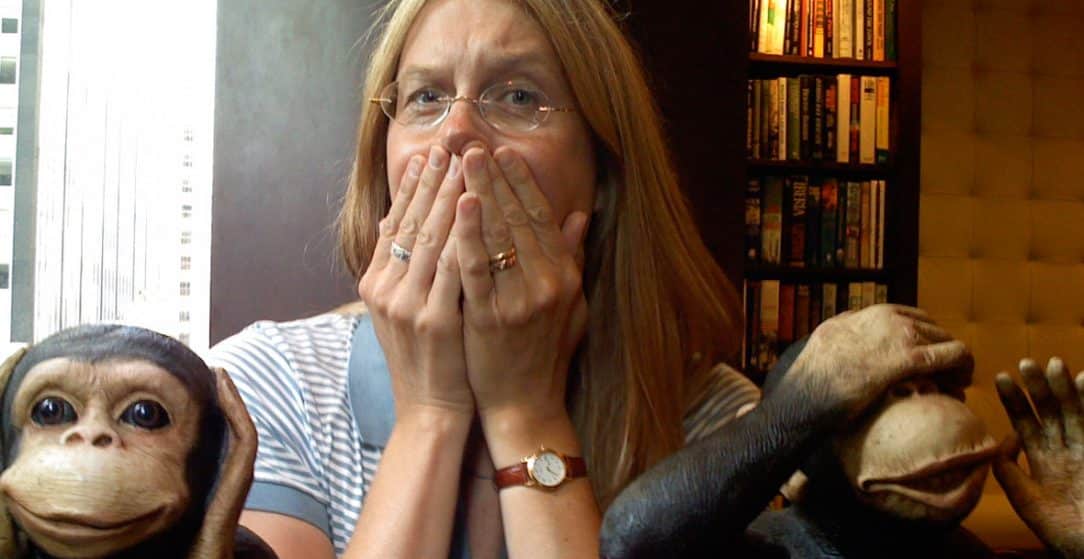 Jennifer sits in the living room of her childhood home in Devon, Pa., where she grew up as a boy. Boylan teaches English at Colby College in Maine.

PHILADELPHIA — Jennifer Finney Boylan is at ease now in the living room of the Devon, Pa., home where she spent her boyhood.

She has not always been comfortable in this place.

When she lived here as 13-year-old James Richard Boylan Jr. and had the whole top floor to herself, she did her homework with the dead bolt on the bedroom door, wearing the bra and sweater she kept hidden behind the room’s faux wooden paneling, and trusting she’d hear the stairs creak if anyone approached.

Now a professor of creative writing at Maine’s Colby College since 1988, Boylan, 52, was a visiting prof for the fall semester at Ursinus College in Collegeville, Pa. Staying in Devon allowed Boylan cherished time with her mother, while driving to Maine once a month to be with sons Zach, 16, and Sean, 14, and her wife, Deirdre Grace.

Their 1988 marriage weathered Boylan’s 2002 sexual reassignment surgery and they are together still as loving, if not entirely intimate, partners.

Jenny Boylan is a tall, slender blond who often gets hit on by men heedless of her wedding ring. And she is happily married, buoyed by the pleasures of parenting, teaching, and writing.

Her groundbreaking memoir, “She’s Not There: A Life in Two Genders” (Broadway Books, 2003), was the first best-seller by a transgender American.

It landed her on “Larry King Live” twice, a Barbara Walters special, the “Today” show, the History Channel, CBS’s “48 Hours” and “Oprah” (four times). She played herself in two episodes of “All My Children,” and Will Forte played her for a skit on “Saturday Night Live.”

She got, still gets, tons of letters. Some from transgender individuals and some from people coping with the difficult changes or realities in their lives.

“Moms with autistic children, men who want to act on career changes. …”

Her second memoir, “I’m Looking Through You: Growing Up Haunted” (Broadway Books, 2008), is set in this Devon home, originally known as the Coffin House, for the earliest owners of the land on which it was built. It was here that she looked at her reflection in a mirror one day and saw a woman standing behind her — an ethereal image, perhaps, of the woman she would become.

She also has new work to share: a young-adult novel, “Falcon Quinn and the Black Mirror” (Katherine Tegen Books, 2010), a Harry Potter-esque work written with inspiration from her boys.

She has an essay in “It Gets Better,” an anthology that grew out of the YouTube project of the same name started by syndicated sex columnist Dan Savage in response to a spate of suicides by gay teens. That’s due out in March.

Her newest novel, “I’ll Give You Something to Cry About,” about a family on a road trip with a significant stop in Philadelphia, is due out from Random House in 2012.

That brings to 11 the number of books she has pounded out, perhaps a bit too forcefully.

“As a result of all that pounding on the computer keyboard and 35 years of playing piano,” she says with some remorse, she developed problems with the nerves in her arms.

These days she uses a dictation system, still managing an output of 1,000 words a day.

“The situation with my arms demands that I do this,” she says, “but I’ve found that hearing the words aloud also improves my writing.”

Her parents wouldn’t have wanted this.

“It broke their hearts that I became a writer, not because they didn’t think I had the talent, but because it would mean a hard life. And it was. And it is.”

Boylan’s father (J. Richard Boylan, who was vice chairman of Provident National Bank, later PNC Bank) died well before she transitioned. Her mother, Hildegarde, displays photos of Boylan, as a college grad and as a lovely young woman, in the parlor.

“Mom still radiates optimism and hope, and I know I have that,” Boylan says. “It’s one of the ways I’ve survived being transgender.

“It can be such a ridiculous and miserable condition to find yourself in. It can tear the bark off a person.”

Nearly a decade after her transition, Boylan still finds the most innocent of questions can expose a minefield. An honest answer to a simple “What does your husband do?” would demand a level of disclosure beyond what’s called for in casual conversation.

She is grateful for the power her visibility lends to others but mindful of her privacy.

“There are all kinds of activism,” she says. Hers is accomplished by telling stories that make transgender people familiar to the larger population.

Last month, Boylan spoke to students at the Haverford School, “my allegedly all-male alma mater,” for the first time.

“I’ve spoken at boys’ schools all over the country, but for the longest time [Haverford] didn’t know what to do with me.”

“I am the most visible transgender person in the country,” she says. “But Philadelphia, which is my home, has never claimed me. Just once, I’d like to be a hometown hero.”

This sissy is so fortunate that Madame Stewart has allowed he.r the privilege of joining this fabulous site. Although a member of the House for a relatively short time, s.he has learned so much and is making progress toward becoming… Read more “chanel lacy”