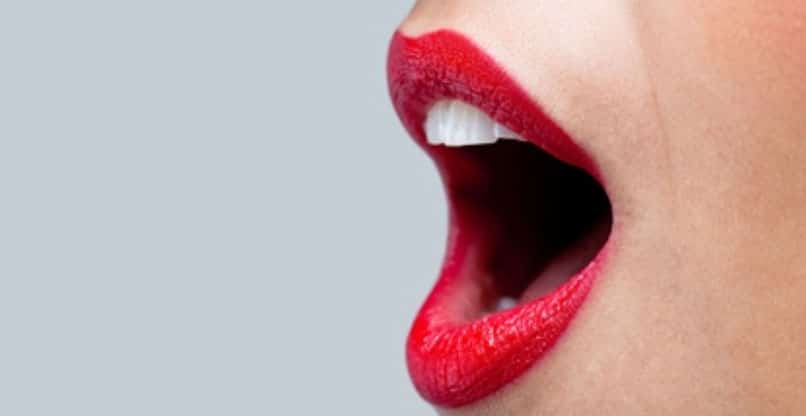 A person whose manner of speaking has been set for some time past and who wishes to speak in a different way needs to develop greater flexibility of the vocal organs and the lungs, both in order to loosen the set way of speaking and to acquire the new way. Thus, exercises are necessary as a first step and should be continued until the new method of speaking has been perfected. The flexibility obtained in this way should also enable the speaker to alternate easily between the new and old ways of speaking.The recommended exercises are of two kinds: physical and vocal. The following physical exercises will improve flexibility of the thorax and improve deportment generally. They should be performed morning and evening each day for about 10 minutes.

The following vocal exercises should also be done twice a day.

Exercises 1, 2 and 3, as well as 4, should be vocalized, using the middle note of existing speech. Preferably exercise 4 should be done with a mouth prop held between the front teeth to ensure that the sounds are made solely by the respective muscles being contracted, unaided by teeth and lips.

At a later stage, an exercise to practice the resonator scale should be added. Using the mouth prop, say the following words on the middle note in the order shown – HARD, HAY, HEED, HAY, HARD, HAWK, HOOT, HAWK, HARD – breathing steadily with each sound.

The foregoing exercises have been designed to give the flexibility and muscular control which are necessary in order to develop the new way of speaking. The practice of this new way of speaking requires attention to the following elements:

Pitch – This may be satisfactory and require no change. If it needs to be raised, the following technique will help. Start at the middle note of existing speech. Carry the voice up to the highest note obtainable without falsetto. This will establish the new range of pitch and the new middle note will be half way up it. Repetition of the vocal exercises at the new middle note will train the vocal organs to produce the new range naturally and easily.

Resonance – In voice production, there are three main resonators: pharynx (or neck), which is the first through which the breath passes; the mouth, through which most of the breath passes out; and the nose, through which a small proportion of the breath passes out. The essential quality of a resonator is that it is a hollow space. Each hollow space has its resonant pitch, which depends on the shape and size of the resonator and the size and number of its openings. The smaller the resonator, the higher the pitch. The smaller the opening, the lower the pitch. The sequence of the resonator scale, rising through an octave and a half, is as follows: HOOT, HOOK, HOE, HAWK, HOCK, HARD, HUT, HEARD, HAD, HEAD, HAY, HID, HEED. As far as HARD the resonant pitches of the neck and mouth are separate but identical. After HARD the resonant pitch of the mouth continues to rise, but the resonant pitch of the neck has a descending scale. Thus vocal pitch can be lightened by reducing neck resonance, a practice (commonly known as throwing the voice) which may be helpful in the early stages of using the new way of speaking. But without sufficient neck resonance, the tone of the voice is thin and lacks body and the aim should be to graduate away from this device. (Complete elimination of neck resonance results in a falsetto-type tone, which is to be avoided, as it has an artificial sound.) Use of the nasal resonator also helps to lighten the voice, but is a minor element only. (It may still be valuable to American TVs, since common speech has more nasal tones than British speech.) The lips play an important part in lightening the voice, since through this opening most of the breath passes. The more open the lips can be in making a sound, the lighter will be the tone.

Intonation – This is an all-important element in changing the voice, but needs graphic explanation which can hardly be given in a written article. It must be studied by listening to the type of speaker one wishes to imitate. In general, a man’s speech tends to vary less in pitch than a woman’s. Moreover, where a man employs tonic stress to obtain emphasis, a woman uses kinetic stress. Tonic stress is increased volume either without change of pitch or with an abrupt change of pitch. Kinetic stress is a rise of pitch followed by a downward sliding of pitch and not necessarily accompanied by any change of volume. When a child is being addressed, and in certain other circumstances, the kinetic stress may be inverted (down, then sliding up). For example, in the sentence “Where are you going?”, the stress can be either on “where” or on “going”. Apart from the stress words, the notation of any sentence with a specific meaning will vary according to whether it is spoken by a man or a woman. In a complicated sentence, stress will probably be placed on different words according to the gender of the speaker. With a good ear, these differences will be easily identified, but many people will appreciate them instinctively.

Tone – A man’s speech is, in general, more muscular and incisive than a woman’s. It is also more explosive. A woman tends to enunciate more lightly and rapidly (twittering), but to linger more on final sounds, releasing final consonants more gently. When occurring in the middle of words, consonants such as “l”, “m” and “n” tend to be lingered over and to serve as a platform for a kinetic change of pitch. Consonants such as “d” and “t” are sounded more gently by a woman. In particular, a woman markedly increases the sibilance of “s” with the lips. (This is more important for British than for American TVs.) There are other finer points, but these are the main ones.

Vocabulary – A woman will convey meaning in a less abstract, more visual form than a man, and will use vaguer words for unessential links. Differences in outlook and gender role underlie considerable differences in vocabulary, which must be studied (unless appreciated instinctively) if the right impression is to be created.

The foregoing points can only be mastered by careful and systematic practice. It is best not to try to work on all of them to begin with. Select one aspect, say intonation, and practice it by reading or conversing into a tape recorder. By far the best way of checking results is in the playback of the tape. Don’t worry if, at first, the recording gives you a low pitch. The limited frequencies of the machine will favor the lower resonances in a voice. Pitch is a less important factor than intonation, tone and vocabulary. As the voice exercises steadily reinforce the chosen pitch and improve control of resonance, it will be found that even the tape recorder and the telephone cannot “get you down.”

Don’t miss the Assignment “Sissy Speak” for even more tips!

This sissy is just blown away by, oh my gawd, how effective s.he could speak properly. s.he felt completely conditioned.

This assignment is really helpfully and very appreciated. Thank you so much for sharing

What a lovely idea. Hadn’t thought of it!

Dear Head Mistress, From September through February sissy Brianna took private vocal feminization lessons every Friday via Skype from Kathe Perez. Every time that my voice fell below the feminine range, 200 HZ to 400HZ, Kathe would stop me. My favorite part of my vocal feminization training was when Kathe would put up her hand as if to say “Stop!” She would not allow me to speak if my voice didn’t sound like a woman’s voice. She would say I would rather not have you speak than to speak like a man. After several months of lessons, Kathe became very… Read more »

On a recent stay at a hotel, because of my vocal feminization training with a Kathe Perez, several women (housekeeping, room service, spa employees, food servers, etc.) addressed me as “ma’am.” You don’t know how wonderful that feels! If you can afford it take vocal feminization lessons. You will feel so much more like the woman you desire to be.

this sissy admits that s.he didn’t know about this portion of the House. I am so glad I found it. sporadically, over the years this sissy has tried to do the feminine voice, but not done well. this sissy will come back to this often and try to do a little every day. it is the day to day practice that might make this work. thank you to Madame Stewart and to the House Superiors.

I have been working on my feminine voice on and off for a year or so. When practicing – and recording my voice – I achieve a reasonable feminine voice but find it hard to maintain in conversation. Just have to keep working I suppose!

Dear head mistress I have been doing this exercise for a while now noticing some change my voice is not a deep and burly people at work now say they can understand me a little better since my voice is so deep does this work on the deeper bar atone voices like mine.
Thanks kindly Joanne Panty

Head Mistress Ms. Stewart, and Superior Staff. Sissy terrina is wearing pink panties and matching bra, properly tucked as instructed. As You may already realize sissy terrina is married to a Superior Wife, and has two other Superior Woman living with us. This makes dress and make up nearly impossible. Voice training is a wonderful exercise that i started over a year ago, Secretly studying the format of words but more importantly there tones in which they use while speaking, to each other as well as myself. This exercise helps the woman within me to be exposed so slowly that… Read more »

i have tried the voice . i feel my voice searting to sound different. this site. will make me become the woman i dream about. do i have a chance someday. to meet a strong man? i hope so. can you give me advice. how to get a man to notice me? thank you. ginger