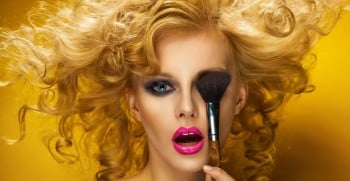 My friend helped sissy anna with the nails .