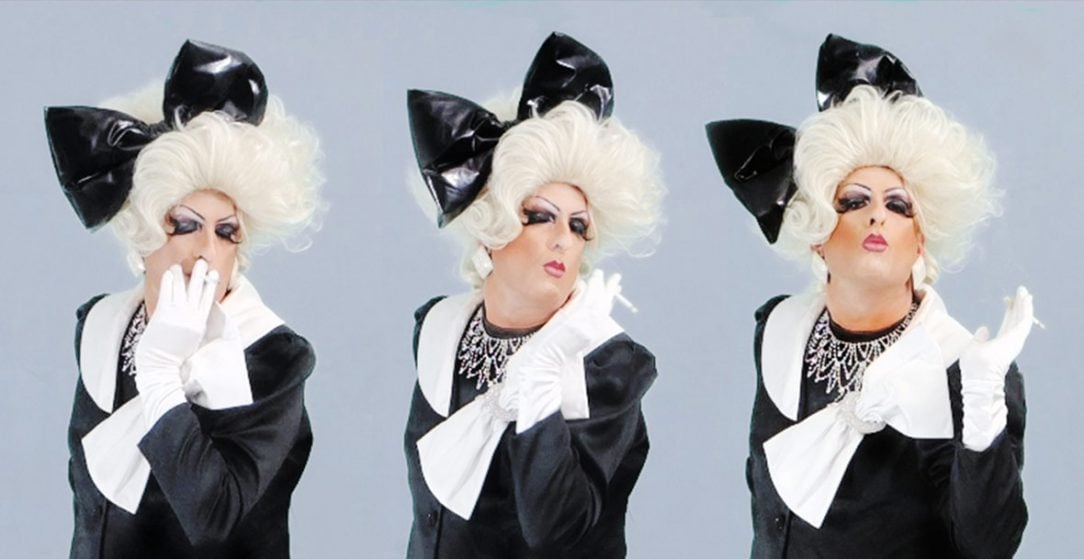 Over The Top Pathetic! 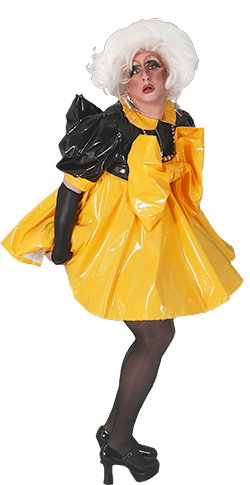 There is nothing in life that pathetic queerina loves more than dressing up in ridiculous OTT drag sissy outfits and mincing in front of people who laugh at her and insult her.

queerina knows she will never look like a real woman and instead she aims for an OTT sissiness that leaves no room for doubt about what she is; she would rather look like a ridiculous ugly stepsister than like cinderella.

Whilst it is unbecoming of a sissy to show pride, queerina is nevertheless proud to say she is such a sissy that she has never had sexual relations with anyone unless she has been in drag. queerina’s sexuality is completely bound up with her sissiness and she is incapable of sexual arousal unless she is in full makeup, satin panties and a very ott dress.
Read More

Queerina has often struggled to find outfits that fully express her particular kind of drag sissiness and so nowadays she designs her own outfits which she models in the photographs she loves to take. All the makeup is queerina’s own work.

Though she is now fifty years old queerina can remember to this day the exact moment she knew what she MUST become. Whilst she had been enjoying trying on her mothers clothes since she was only five years old, it was a little later that it all suddenly made sense. She was watching a terrible cop thriller, but suddenly on the screen were three drag queens sharing an apartment and doing each others makeup, talking in effeminate voices and mincing in flowing negligees; they were only in one scene of the film, but from that moment queerina was an inevitability. The name queerina slutskaya was adapted from a Russian figure skater, but queerina likes it because it sounds sissy and effeminate rather than like the name of a real woman.

Since that moment it has just been a case of keeping up her standards as a mincing fag drag sissy queen. That has meant seedy assignations in cheap hotels and bouts of training with superiors who have found her pathetic and utterly abject. If queerina had to choose the greatest and most overwhelmingly fulfilling humiliation of her life it was when she was taken to a party by a dominant mistress and master for the first time and the moment when in front of all the guests she had her panties yanked down to her knees to reveal her minuscule penis. The laughter of the quests still rings in her ears and queerina loves any oportunity to recreate that experience.

Being laughed at and insulted are experiences queerina seeks out and she adores the experience of being spanked whilst being verbally abused; the sting on her behind, matched by the stinging insults striking her ears.

This sissy hopes that she has painted a portrait of what and who she is: a truly abject, mincing, limpwristed, sissy queen.

Thank You for accepting my application and allowing me the privilege of entering the interior of Your site. It has indeed had a profound effect on my psyche. i view myself as transgendered, and i have been progressing along the… Read more “jamie”

princess queerina…this princess has found her style, the sissy likes it very much!

princess queerina is an amazing inspiration, and these photos and outfits are amazing. Love the pink with green bows. This girl will never stop looking up to sissy.

Queerina Luv you are toooo fabulous–a boundless source of inspiration to we pathetic sissies who aspire to be the sissy faggots of our wet daydreams that you are! Ummmmmmmmmmmmmmm

Queerina, you are a gem! xx

Mwah mwah thank you so much sweet thing.

She really is an artiste. Congratulations!

I love your videos!!