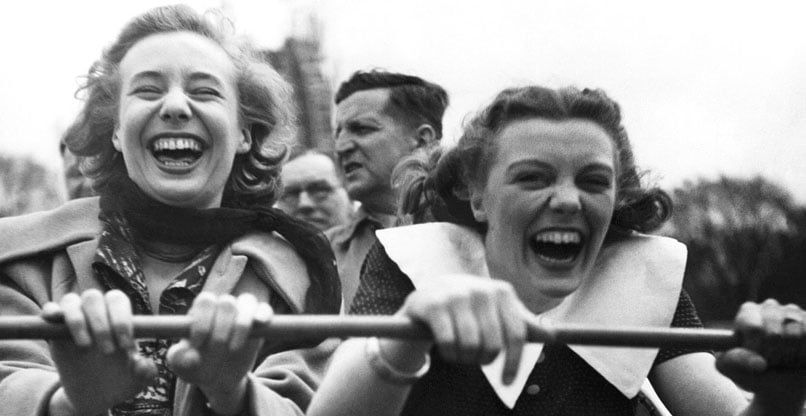 Recently I saw a cartoon in Tapestry that took a little while to sink in. The cartoon was a take-off on the drug addiction awareness ads running in many national publications. The original ad went something like this, “This is Crack, this is your brain on crack”. This cartoon substituted “Premarin” for “Crack” and showed the brain image as flowers, rainbows, etc.. At first I thought it amusing and a novel parody but the more I thought about it, the more serious it became.

The mind and what it perceives govern our lives. We as members of the “gender community” have decided to explore our minds and likewise our inner desires. In many cases, we are now able to express that inner self publicly. We have allowed our “inner self” to come out into the light of day, to be expressed openly and we are, “on a grow”, as a good friend of mine puts it.

However, we need to be clear headed and rational in our exploration of this inner self. We need to be able to evaluate ourself clearly and choose the right path at each and every fork in the road, less we wake up some day realizing that where we are now is not the place that we started out heading toward. Worse yet we may have no way to go back.

Everyone knows the physical effects which hormones produce. However, a powerful influence which may not be apparent to some is the effect of hormones on our mind. Most people do not realize that these chemicals have a dramatic effect on our mind as well as our bodies. If you want proof, just ask any “natural” woman how her mood, attitudes, and ability to function varies at times due to her natural cycle. In the case of a person on large doses of hormones being used to cause a gender change combined with the natural hormones present of the person’s original gender and one may end up with a mental state the equivalent of a bottle of nitroglycerin ready to blow at the slightest jarring.

For those who choose to experiment with hormones in a non-controlled environment, the situation is extremely dangerous. Supervision is the key here. Not just physical supervision which is usually provided by a family doctor or an endocrinologist but psychological supervision by a professional trained in “gender therapy”. A professional who is keenly aware of the mind altering properties of these drugs and a professional trained to observe subtle attitude shifts. One needs this kind of care to prevent the worst from happening. It would be horrible to wake up one day and realize that during a long sleep we now have mutilated our body, have lost the support of our family, are broke, without a job and on the verge of suicide.

Don’t get me wrong, I’m not negative on hormones. I feel that they can perform nothing short of a miracle to modify one’s physical and mental being thereby correcting what I feel is a major birth effect, but the key is to use these chemicals in a controlled environment.

A good friend of mine related to me how he (she) was on a rocket ship for about six months. At the beginning of the period she began a program of hormone treatment wanting to become more feminine to “see how it felt”. After about four months on a fairly high dosage program (5-mg/day), she was seriously contemplating a trip to Colorado for reassignment surgery. Within a month after she stopped treatment, she was still positive about being able to express her internal “second self” but surgery was no longer an immediate goal. She may someday have surgery but has decided that for now, the immediate gains would not be worth the price which must be paid, i.e. the loss of her family and career.

For others hormones and the effect on their minds had meant the opposite. The effect seems to have been to allow these people to more clearly see how comfortable they are in their new chosen gender. After hormone treatment their path became clear and the internal conflict which had been a life-long strife was resolved.

Hormone therapy can both resolve and create problems and should be administered with this in mind. In most cases, I would advise that the person discontinue use for a period after the initial effects have begun to take hold. This break will allow for the “hormone high” to subside and give the person a time to reevaluate where they want to go. A period of a month or so won’t hurt any long term progress that is desired and it will give the person’s mind a chance to return to their pre-hormone thought patterns. Therapy during this period is very important, and an in depth consultation should precede the continuance of hormone therapy. Questions such as “what am I gaining and what am I giving up? should be asked. If the answers are not conclusive, then continuance of hormone therapy should be postponed until some point of resolution of there questions is possible. If hormone therapy is reinstituted at this time, it may conceal the true inner self and the replies may only be those reflecting the person’s “hormone high”.

Successful “gender therapy” is the desired result and proper application of the methods and therapy (including hormone therapy) are the tools.  These tools should be used under the close supervision of a trained gender therapist. If the methodology described here is followed, I feel that the person has a better chance of attaining a true peace and contentment with the true inner self.

* (C) Copyright 1990 by  Wendi D. Pierce.   All rights reserved.  Permission to reprint this article in publications of the gender community is hereby  granted provided that this article is published in it’s entirety including this notice and  credit is given to the author.

The pleasure of dressing the feeling this sissy gets s(he) didn’t get that pleasure from taking hormones this sissy will make h(er) own hormones thank you be who s(he) is to the end
High heals nylons lace trimmed panties lace trimmed full slip tear drop earrings hair extensions makeup eyeshadow eyeliner on bended knees ready to serve a Superior this sissy hopes s(he) hasn’t offended any of h.er sisters

This material brings back wistful memories. After years of hesitation and struggles with low self-esteem, and after years of seeking help from therapists, this sissy started a regimen of self-injected estradiol valerate and oral spironolactone under doctoral supervision. S.he continued to meet regularly with a gender therapist as this regime played out for 2 years and nine months. Over time, subtly at first, then with growing intensity, he.r nipples became sensitive and even sore (to lie face down for example). He.r increasing breast tissue became impossible to hide at the end and s.he remembers becoming very protective of he.r new… Read more »

donnie. thank you for sharing . you give this sissy, who is just starting out on h.er journey, hope for a positive outcome of change. S.he is so blessed to be in this House.
jaiymelynne

sweetie, don-na, having used hormones, can support everything you siad, especially the mind altering part. xoxoxoxo

good luck in becoming feminine. you have a great Wife!

wow i only started to deal with the women i am 4 yrs ago, im 52. in therapy, and want to take hormones for few months as mentioned above then stop see how i feel. part of ut is beca i dont want co workers b to see drastic changes yet will truely allow me to see how i feel. then make plans to move to transition. its so wow overwhelming at times. i hope we all get thru this time in our lifes. yet a struggle i feel its made me more compassionate towords others who struggles. peace amra

Wow, with each turn of a page on this site I become more impressed with the information here. Several of the postings here spoke to me and echoed my own processes. I’ve been on my own journey since childhood, at early infancy suffered an extreme emotional loss. At early adolescence had an intense curiosity in “women’s issues”. Throughout various times and stages of adulthood alternate gender choices presented themselves, only to have me continue to sublimate them; leaving me each time to determine I’d made a permanent choice to be male. And, still the choices continued to re-present themselves, even… Read more »

Firstly, thank you for a wonderful well thought out article. I have been “dealing” with gender confusion for the majority of my life. (I’m about to turn 54). and by “dealing” I mean denying my feelings for a long time. It is only within the last 5 years or so that I have begun to accept this part of me that is really so central to who I am. It is only recently, when my wife found out about these feelings that I’ve been able to look at them in an open way. I’m working with a gender specialist and… Read more »

It’s a very serious thing to start HRT, and is often irreversible. The girl who loves her sexuality will find it affected by the estrogen – and it makes it difficult to go back and forth. The “Bullet Train to Trinidad” is a very real deal – and this article is for that thought. Glad you liked it!

Very important read for anyone considering HRT, especially since this sissy had no idea of the mental aspect. Thank you for this information Mistress ! (curtsy)

I want to be more feminine in my looks and most certainly my mind although I don’t want to loose certain parts of me and the necessary functionality!

Would love my own natural breasts and am considering the herbal route to acheive this, any advice would be most welcome.

I don’t want to become a female completely, but I DO want to loose a lot of my male characteristics (emotional) and adopt more female characteristics (understanding and compassion). I don’t mind if my body takes on a “softer, less male” appearance. I have begun taking over-the-counter herbal hormone-replacement supplements from the local herbal nutrition shop. Am I making a big mistake?

How could you be making a mistake if you become the person you always dreamed to be?

I have taken female hormones with only slight changes I am married mrs knows that I like to dress up but we haven’t discussed it yet. I only do it when I am on my own. At work I get some looks it hasn’t been discussed their either but the boss knows and pretty much everyone else. My mum and dad I see them quite often and they know but we don’t discuss it. Everything seems so complicated!!