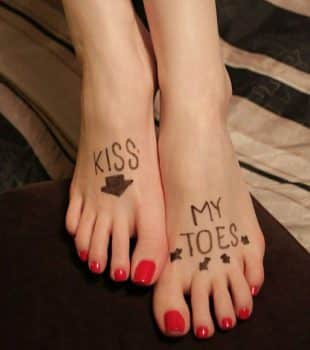 This sissy serves from a closet for the time being, but she still revels in servitude. she has prepared all the meals for the family ever since she committed to her Superior. When home she makes it a priority to always keep an eye out for things that are out of place or dirty and she takes care of them.

Yesterday she received praise from her Superior for an extra bit of service she provided that made her beam with delight and get all giddy inside.

Any given night this sissy makes sure to provide dinner and serve an after dinner drink for her Superior. Two nights ago was no different. A bit of television was watched before bed with her Superior, although this sissy was often getting up to clean, do laundry or refresh her Superior’s drink.

Around 10 it was time for bed so up the stairs we went, the sissy’s Superior always in front although this sissy may have glanced at Her wonderful backside once or twice while climbing the stairs. this sissy’s clitty can struggle to come alive from this alone to be sure. It was her special day but alas, Aunt Flo was in town so she had tried to keep herself busy with other things, so her clitty was extra responsive.

Once the bathroom duties were taken care of we climbed into bed. The same routine is followed almost every night. this sissy’s Superior makes Herself comfortable while Her feet receive a reflexology based foot and especially toe massage. This generally puts Her to sleep, although this night She also required a back massage to fall off to sleep. By this point this sissy was almost leaking from the extensive contact with her Superior. Sleep for this sissy took a while, but eventually came (unlike this sissy).

Slumber was solid until this sissy awoke due to her Superior getting out of bed to use the restroom around 4:30. Maybe this sissy was a little too prompt at providing the drinks the previous evening. Anyways this sissy’s Superior climbed back into bed to catch another couple hours before work called. It was obvious after a hand full of minutes that this sissy’s Superior was having trouble drifting back to sleep. So this sissy provided another back massage for a while until she could here the faint wonderful sound her Superior makes when snoring.

Later that day this sissy was chatting with her Superior over an instant messaging service and asked if her Superior had enjoyed something or other, can’t recall what, and her Superior responded with the statement “Not as much as the 5am back rub” with a kiss emoji.

Little gifts like that keep my heart locked in place serving by Her feet.

The Zen of Servitude
sissy jissy