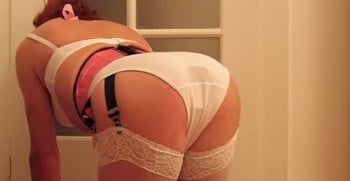 i gave my first blow job last night. my sister introduced me to steve at a christmas party. We had some drinks than he offered to drive me home. He asked me if i wanted to go out for a drink but he had to stop at an atm to get some cash. As we waited at the machine he reached over and pulled me into him and gave me a kiss that i never felt before. i did not know what to do i was shocked but did give into him he got his cash and pulled over to a dark side of the bank lot at that point he just attacked me and i him also after some kissing and feeling he pushed me down head first and told me to suck his cock i was scared but did it he unzipped his pants and i took a hold of his cock not having done this before i was scared and nervous but i touched it with my lips first and slowly licked it.

This content is for our Inside girls!
wpDiscuz
1
0
Would love your thoughts, please comment.x
()
x
| Reply