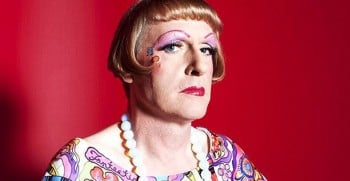 This sissy recently drove he.r daughter back to college to finish her third year. It’s about a 6 hour drive one way and since s.he had some free time alone on the way back s.he decide to bring a change a clothes with for the ride home. After getting her to her dorm and bringing all of her stuff up to the room this sissy dad gave her hugs and kisses and wished her well for the semester and told her to call home if she needed anything at all. After making sure she was okay, and didn’t need anything else it was time for the drive home, but not in man clothes if this sissy had anything to do with it.

s.he pulled into a local gas station that s.he knew had an exterior bathroom with the intention of changing there and walking straight to the car en femme. Unfortunately when s.he got to the station the door was locked so s.he had to go inside and get a key. No big deal, or so s.he thought. Standing outside the bathroom ready to open it, a cute young man approached the door and apparently had just been inside where they must have told him that someone else already had the key. Knowing that the plan was to come out dressed entirely different it scared this secret sissy and s.he decided to let him go ahead of me first. He thanked he.r and went inside to do his business unbeknownst to him what he just barely missed. Only afterwards, later that night would this sissy regret not coming out and giving him a thrill.