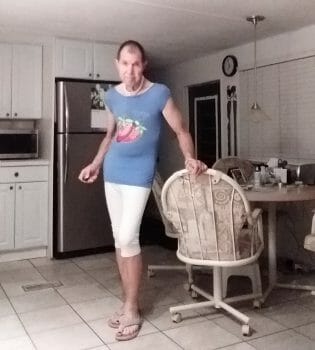 Sissy michelle has lived her whole life in the closet.

S.he grew up in an age when transgender was not even in the vernacular, and cross-dressing was not even considered. If it was, it was certainly aberrant behavior, and not something to be expressed openly. After a brief trial with mom’s black pants (for some reason, I was attracted to them), my cross-dressing entered a long hiatus. I entered a day seminary in high school to start studying to be a Catholic priest. During that time, sissy had a lot of single friendships, often being almost joined to the hip, but no more than that. In 1960, my family moved to Washington, DC, and I continued seminary at St. Mary’s in Baltimore. We wore cassocks the last two years of college, a kind of formless, black muumuu. In my senior year, sissy met a girl, began dating, and decided to leave the seminary. S.he moved back home and went to grad school at Georgetown with the idea of becoming a diplomat. It was during this time that she connected with a former classmate from the seminary and visited his home in Connecticut. Innocently, and as it turns out, naively sharing the same bed, he.r friend rolled on top of he.r and began kissing and caressing. Itg was sissy’s introduction to sex. Only two of sissy’s three wives knew—the second was accepting, the third not at all. No one else has ever known except for the House of Sissyfy and Transgender Guide. Sissy wears feminine tops and female corduroy pants in public without attracting notice as well as hidden things like panties and women’s diapers. S.he also wears feminine deodorants and perfumes, again without comment.

In the meanwhile, sissy had plans to have lunch with two of her former co-workers. Both are women in their fifties and friends of sissy. Sissy michelle planned to come out to them.

That happened today, and sissy bravely told them that s.he was transgender and a girl at heart. She showed the picture of herself as seen below. They were both very sympathetic and accepting once they realized that they were with a different person. Sissy felt so good about coming out of her shell and not being phony around her friends anymore. Now she can be a true sissy and serve her Superiors in a worthy manner. Sissy feels like a new person and wants to thank the House of Sissify for pushing her to be all that she can be.

Impressive strength!! To explain your heart is never easy!!

Reading your history causes one to really appreciate what you went through. this sissy is so very proud of you.

Congratulations sweetie!! You must feel so liberated!!

So proud of you honey! I am so glad that you saw the acceptance and lose that phony, inauthentic stuff. Authenticity is the new sexy!