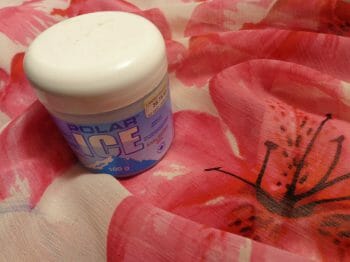 Aunt Flo come in the night from Saturday to Sunday. Very soon after enjoying new horizons based on sissy pussy. Sexual energy was still vibrating in body. Beautiful Sunday was spreading her peaceful hands with bright smile. And in the same manner this sissy hugged Aunt Flo’s arrival. On certain mental level s.he was very ready to dive in that experience. s.he started with drinking 1 liter of water, putted appropriate bra and panties with pad. s.he was looking forward to experience this change of h.er sissy pussy from source of pleasure to source of pain. Felt little sorry that its sexual development will be paused but s.he embraced this new direction. Than s.he took a short sleep since there was no any during the night. Sun was shining even stronger when s.he woke up.

That Sunday was special day for h.er as a little trip in nature was planned. In this time of year days as this are very rare and also there were some other circumstances that provided great potential for this day. Than it really hit h.er. Felt terrible and didn’t want all that suffering and restrictions of menstrual period but had to do it because “that now” to learn was just happening. s.he was alone in h.er place, very aware of the silence and had no choice. Went in the yard and watched the present time. The sun and game of wind in red fallen leafs. Thought was, sissy either can be or s.he is not, or s.he is imposter. s.he had Superiors of The House in h.er mind and Their wisdom. s.he embraced that s.he had to obey and follow the discipline and test, meet reality. s.he went back inside and after few minutes got up and putted tampon in sissy pussy. (Wow 😀 ) Next several minutes (that lasted much, much longer), was fight between physical horror and acceptance. s.he was thinking about in which direction s.he can go now. How unexpectedly this day may look and s.he had quite different plans for that day. That brought kind of raw idea that (h.er) “Male” has no choice but to submit, it woke up some excitement but it disappeared very soon and s.he was left in acceptance, felt free of “Male” demanding or at least demanding in pushy Male way. Felt almost pride in being there following sensations from Mother nature, Aunt Flo, The House, from what was happening in and to h.er body. After some time s.he didn’t have thoughts just feeling of thoughts, as if thought was from outside of h.er and s.he didn’t see it very well but in the same time (that kind of h.er) s.he was all s.he. Felt as one but in such unusual way. Those ‘feeling of thoughts” had strange moment of “desire” kind of as they are incomplete. s.he wanted to go to certain part of room and to take certain girlish pose in h.er shiny silky nightie (part of assignment), and to transmit softness of that silk and how it fitted h.er body. s.he felt kind of as that searching for that action in the same time would made and response from world to that. That is description how how s.he felt the world, the reality.

As that only when “world” responds to h.er, to “feeling of thought”, s.he will be completed and s.he would feel whole. feeling would became more of like thought. s.he would understand the meaning of h.er desire in that “feeling of thought”. That is to rough description but something along those lines. s.he wasn’t worried but it was very intense experience. Few days ago was Halloween and although s.he was looking forward to it, when the day came s.he felt to emotional and vulnerable to go out. Fragile and exposed as that some protection was missing. While s.he was concentrating to recognize and write down those sensations s.he felt as that h.er breast are swelling. Than s.he felt hunger and it was time to eat. As s.he was eating s.he was closing eyes in order to dive completely in sensations. That (described) feeling of reality was moving around the body. It felt as that s.he realized there is feeling of tremendous rush as if s.he was about to jump from bungee jumping but s.he was more than calm and peaceful, s.he was beyond that. h.er breathing was little faster than normal but it was primary very deep. There was plenty of emotions “attached” to h.er body and images of its shape. Those emotions of h.er body soaked h.er completely and s.he disappeared in it. That’s how it felt.

s.he must say here that s.he didn’t not take any drugs for 20 years and lives and believes in quite the opposite style of life.

Well it lasted and developed further in that way for around 30-40 more minutes more but it would lead this report little to far away from “Visit of Aunt Flo” assignment so s.he will stop about it here. At the end s.he felt very tired, exhausted in some specific way. However it was Sunday, s.he felt good and had no thoughts, just free time.

s.he used soaked tampon, and pads. First day it was required to stay at home and watch soaps. s.he had to get new season of “Desperate Housewives” which took some time. First episode felt as that it lasted three hours but s.he passed trough it carefully observing and pushing when needed, h.er soul and reality. Time of second episode was easier, was much more relaxed. Third even more so. Forth s.he wanted to watch, actually to be in that state of watching.

For the rest of the day it was real physical pain and effort to drink water and change tampons and than in the next moment, there was absolute absence of idea and possibility to even question any other possibility other than to follow the rules and that felt delicate and was sexually arousing. It could be felt outside of h.er head and maybe in body, nothing like male arousal even after some time when little sissy clitty woke up. Such arousal repeated and lasted for the most part of night – sleeping which was interrupted with many visits to restroom. That part was fine.

Second day was marked with inner fire of knowledge and recognition from the start of the day. During the work s.he had to unexpectedly add additional juice in pad because of how much physical movement s.he had to do and which dried the pad. s.he was going to restroom with great joy and inner glow. Being specially aware in the moments of holding the doorknob and getting out in the world with pride of knowing the “secret”, as female ways and approach to the world felt or could be recognized (not necessarily and accepted in its wholeness). Having a menstrual period and participating in everyday reality is always fruitful experience. h.er invisible servitude was on its heights and taking soft ways in interactions and actions was rolling good. s.he saw the need and opening to test h.erself and pushed everything in Aunt Flo’s visit to the maximum. Tried to change tampons and rest of package artificially often in order to face all the sensations and problems (disconnections from girlishness) but it didn’t work out. It required time and building up of inner weight in order to be so fruitful. Long search for better local variation on IcyHot ointment seems to be over as this new one did really good job. s.he felt as that breasts are watering and are full of liquid? it was intense and heady sensation that was repeated many times during the period. Again during the night that arousal inside whole body was present and was followed by lots of restroom time.

Third and dredged day. Inner glow and pink “bring it on” attitude continued. During h.er eight visits of Aunt Flo s.he learned how to time – adapt to bowel movements in light of Aunt Flo visit. This is very significant for the morning and working (job) during the period. s.he felt girlishness and pride in how smoothy s.he was able to pass trough all the difficulties. s.he was sure Nobody s.he will meet that day will not notice it and will not have unpleasant moment so s.he soaked so much juice in pad that it literary was liking all over h.er legs. It all required straining but was followed by pure and balanced – with possibility to be overwhelming, joy and solemn feeling. Quite a few times there were a bursts of sensuality and emotions. It was just for h.erself, inner sensation but it was a true recognized and accepted “expression”. There were moments of laziness but s.he was so positive that it was hard to spoil that mood. s.he noticed that s.he was afraid of discomfort and that resistance was the same as when showing in public. h.er sissy pussy felt really washed out. It was humbly very fruitful day for development of this sissy. s.he was hungry for the most of the day and than dead tired before the sleep s.he, as instructed, eat to much of special cookies with liter of natural milk. Picture provided shows just few of them. It was worst scenario for bloating and h.er ugly sissy body but s.he was untouched by its possible horror.

Last two days s.he knew from before that will be very demanding on the work. s.he woke (had to) up very early, during the night. Felt ill and separately, irritated inside panties. Had worst crumbs in whole period. Still inner glow was present and it was not over. Tampon was changed, pad was soaked, ointment shined on nipples and water was taken. s.he was glad it all was happening and great attention was applied in every step of those tasks. s.he was the servitude to the nature, was happy to have and fulfill that task. That obligation and honor in the same time was joy of life. Something a sissy shod not look further from. Of course it was just simulation but as far it was s.he felt it for real and was really holding to those feelings.

So, last two days were dominated by work and they kept h.er on the surface of things however s.he didn’t lost the focus on whole picture and was open for difficulties. Discipline was kept until the morning on seventh day. s.he pulled out hot and swollen tampon with calm fire in the face as this period was passed with decent discipline and peace that was open for more at almost any time. For the first time during and after period s.he actually noticed little sissy clitty, it was kind of cute but not interested in anything. Irritation lasted yet for day or two. After period was over, great focus on sissy pussy appeared. It surprised h.er. It felt open, kind of as it is when it is gaping but with much more feel of the flesh and body. Inside the body. Last sentence is gratefulness to The House and Its Superiors.

Thank you for sharing your experience honey.