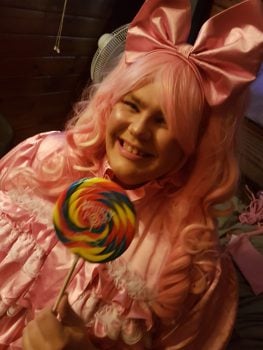 Dear House of Sissify Staff and all House Superiors.

This sissy has now been a member of the House for 10-11 months and Has reached many of he.r sissy goals. However this weekend this sissy has reached a new benchmark in he.r training. This sissy has recently started serving a New Mistress and things have been amazing.

This sissy was instructed to grab a pink outfit with a bow, some heels. her makeup bag. and a few other items and to be at Mistress house promptly on time. 5:30 pm on Friday night.

At 5:30 sharp with he.r sissy bag and flowers in hand this sissy nervously knocked on Mistresses door. Mistress invited me in. She was wearing a pretty little black night dress and Her lovely breasts were overflowing out of Her dark purple Bra. Needless to say, she looked stunning and was a real treat for this sissy eyes which had been stuck out in camp for 21 days in a row and just recovering from a bad case of food poisioning.
We made a little small talk, She put the flowers in a vase. After that, this sissy was directed to go to Her bedroom and get changed. Mistress had me sit down on a chair in front of Her makeup mirror and She sat down on the bed beside me.

Shall I start doing my Makeup Mistress. this sissy asked nervously. No She said. I want you to be more girly. She made me put on my stocking and garter belt and “which She also helped to adjust a little.” and also made me wear my cute little bra that goes with the set. It was this sissys first time doing makeup in front of Her. This sissy did he.r routine as Mistress sad and giggled.

Looking very done up, this sissy then added he.r pink wig with ponytails. As this sissy placed it on he.r head, s.he saw a huge smile grow over Mistresses Face. This sissy then held up he.r very ruffled sissy outfit. and Asked if it was okay to now put it on. this sissy turned around and looked at he.r self in the mirror and felt Mistress’ hand do up the zipper on the back of he.r outfit and place a little lock on the locking loops. This sissy was now standing there locked in a puffy pink ruffles outfit, with stocking, garter belt, and mary janes on each foot.

The first thing Mistress asked this sissy to do was pose. She handed me a giant lollypop and told me to smile as she snapped a few photos. Next this sissy was told to head out to the kitchen. This sissy was told to stand by the counter where Mistress had placed to baking pans. She then went to the fridge and pulled out a roll of doe. She hands this sissy a knife and told this sissy That She would be finishing making cookies. Shortbread. This sissy is not a baker.. by any means. but this task seemed pretty basic and this sissy tried he.r best. this sissy started to unroll the log of doe outta the saran wrap and fought with it a little be was able to get it out. s.he then took the knife and started cutting cute little cookies and placing them on the pan. After filling the pan this sissy was then told to walk over and place them in the oven, Which Mistress had prep heated. This sissy was then told to get some water boiling as Mistress wished to have a cup of tea. so this sissy moved some boxes and bring the kettle out and started to fill it with water. plugging it in this sissy was then told to continue making cookies. Now running between serving tea and checking the stove and cutting more cookies to bake, this sissy was doing some real service and couldn’t help but see the smile going from ear to ear on Mistresses face as this sissy placed an oven mitt on and bent over to grab a tray outta the stove. This made this sissy really happy. Mistress was enjoying my submission and enjoying me being dressed like a doll for Her enjoyment. After the cookies finished baking this sissy removed them from the pan with a spatula and placed them on a cutting board to cool. After a little cleanup, Mistress then invited me to sit down and also enjoy a cup of tea. This sissy did and Mistress picked he.r brain about things and about How well this sissy was able to walk on heels. This sissy told Her it because She has worn them a lot and really respected Women who were able to wear them all day, every day. The rest of the night was spent in Mistresses bedroom, this sissy would go into details but feels like it would overshadow other reports which She plans on writing about in the very near future. Needless to say, this sissy was still very much in Her service.

It got to be late and we cuddled. She told me how She very much enjoyed my time there, and they She never thought She would have a boy in a garter belt and stocking on Her bed. This sissy was grateful and told Her that s.he has never imagined finding someone like Her to serve. We both shared kisses and more cuddles. It was wonderful. 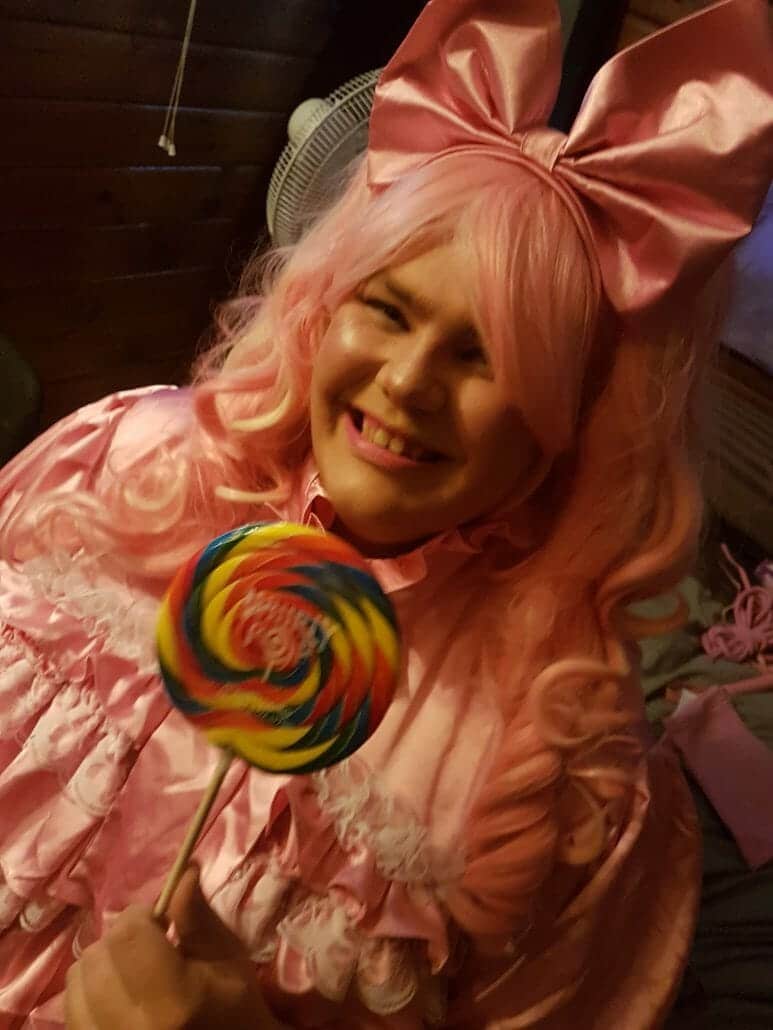 Overall this was one of the most amazing nights of sissy bliss this girl has ever had. This sissy hopes to be able to share many more of Her training sessions with sissify.com and with the Staff and with my Sisters.
on a side note to all the girls who are in the group and feel hopeless in finding someone. Well, this sissy is living proof that it can happen and that people are a lot more excepting and sometimes a lot kinkier then they may appear. truth is this all started as a blind date between two very kinky people who had no clue the other person was at all kinky. We just lucked out crossed paths. but oddly enough it happened so please don’t think that it can’t happen to you. It can. you just have to want it that bad and keep training.

Thank You and this sissy very much hopes You enjoyed my report.

This sissy enjoyed the report! Enjoyed reading it, thanks for sharing!

What a lucky girl! So proud of you kittycupcakes!