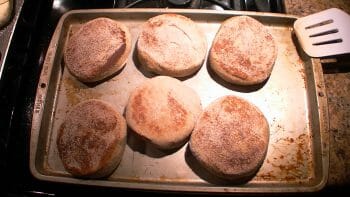 This sissy humbly wishes to submit a report to the House Superiors. this report concerns sissy servitude, specifically Domestic Servitude, the sissy job of fulfilling the desires and needs of a sissy’s Mistress for a good household.

This sissy needed to make english muffins. sissy is not a good cook, yet cooking is a necessity. not only that, but it’s also a way to keep Wife/Mistress happy and remove a burden from Her life. after all, what is the point of having a sissy if not to keep Wife/Mistress out from under all the burdens of daily life? Mistress expressed a desire for english muffins, so this sissy obliged.This sissy won’t spend much time boring anyone with the recipe. let’s quickly say that it called for 3 cups milk, one egg, 6 cups flour, a little salt, some sugar and honey, one tablespoon of oil, and of course yeast. sissy, always concerned about good diet, substituted for three cups of white flour. s.he used one half cup buckwheat, one half cup whole rye flour, two cups of whole wheat and a little wheat germ. much better than pure white.

Now, to make the heavier flour rise well, sissy added more yeast than called for–2 packages. sissy tested the yeast in the liquids and sugars. it bubbled just fine. then s.he mixed in the dry material, stirred it well, then put that into a kneading machine and away we went. once kneading was done, sissy put the dough back into the large pot, then let it rise for an hour.

The next step was troublesome. you do have to roll the dough, then cut out circles of dough. however sissy made them too big and thick. in spite of all h.er training and work, s.he had reverted to man thought. yes, s.he made man sized english muffins. that is a no no. it shall not be repeated!! s.he had to promise to think and be more careful the next time. s.he definitely will be.

The circles of dough were left to rise one more half hour, all the time under a weighted pan to keep them from getting too thick. then the raw english muffins were placed on a skillet for cooking. yes, they get cooked on a skillet for about 10 minutes on each side, low heat. this is the virtue of english muffins. a sissy can make them in summer heat without having to turn on the oven, thereby avoiding heating up the kitchen.

So the cooking finished, Mistress tested one. She found them too heavy and too salty. the salt issue will be corrected and so will the size and density issue. however, sissy, in Wife’s opinion, did one thing right. Mistress loved the whole grain flavors, especially the rye.

So sissies, what is the moral for us all? Remember, we exist to take away burdens from our Superiors. we also exist to please them. What better way to fulfill both obligations than by cooking something special? Though this sissy is not a good cook, s.he always tries. s.he is seeking to get better, all the better to provide some pleasure for Mistress and to take one more household burden away.

This sissy humbly thanks Madame Stewart and the House Superiors for reading this report. 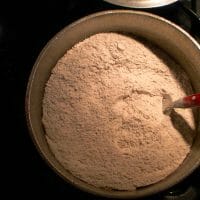 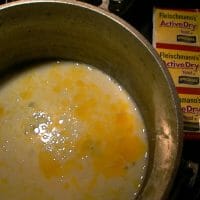 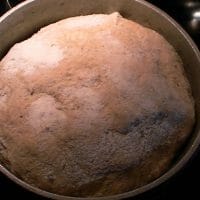 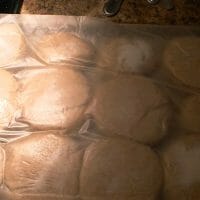 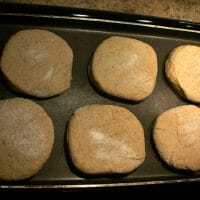 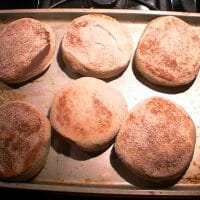