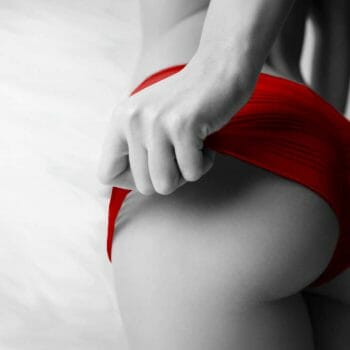 Clearly, it is for 21st century sissy’s to take up the mantel of 1950’s womanhood and adhere to “The good wife’s guide” of Housekeeping Monthly. It’s absurdity to 21st century women leaves a natural void where only sissy’s do not fear to tread. Its simplicity and practicality is perfect in its guidance of sissy servitude.

Reading its key tips, this sissy realizes just how much of it is already an established routine in he.r Mistrsess’s household. Lighting the fire, whilst awaiting he.r Mistresses return, was the last thing this sissy did before undertaking this assignment.

Upon studying “The good sissy guide”, the events of the weekend, a fortnight before last, came to mind. It is with sissy hope that the House Staff might forgive the length of this wordy account and appreciate that the principles of “The good sissy guide” are already well established and practiced in sissy francine’s day-to-day, sissy life.

It was a Saturday night when, at the stroke of midnight, sissy francine held up the panties he.r Mistress, Lady Amanda, had been wearing that evening. Before embarking on he.r nightly, hand-washing duties, s.he took a moment to consider their significance. Above the steam of the hand-hot water, awaiting their immersion, s.he contemplated the delicate, translucent lace held together with bows of silk ribbon hip ties.

What bewildered he.r to the point of bafflement was their vivid red hue. It was a choice of color Lady Amanda rarely made in Her lingerie preferences. The abundant diversity of Her panty drawers included all manner of shade and fabric but the predominance of white, black, poker dot, flower pattern print, pink and other pastels left little room for vibrant red. Despite sissy francine’s intimate knowledge of he.r Lady’s underwear, never before had s.he set eyes on these fetching, if bold, panties. Clearly, the renewed satisfaction of he.r Lady’s voracious sexual appetite was affecting Her mood to the extent of influencing the ambience beneath Her dress. Banished from he.r Mistress’s rejuvenated sex life, sissy francine could only imagine the pre-eminence of the man for whom She wore such sexy lingerie. Since Lady Amanda had met David, sissy francine had noticed a distinct lightness of foot and flushness of cheek in he.r Mistress.

A green-eyed sissy gazed intently at the fragile lace and flimsy silk lining of he.r Lady’s scarlet panties. Under no circumstances would Lady Amanda have permitted sissy francine to wear such audacious knickers. Lifting he.r petticoats, sissy francine studied he.r own ivory silk, bikini briefs. Whilst appreciating their modest loveliness, s.he couldn’t help from wondering if Lady Amanda would ever have allowed he.r to remove these pretty knickers in favor of something as brazen and shameless as the panties s.he held in he.r hands. Stretching them as much as their knicker elastic would allow, sissy francine held them to he.r face and breathed deeply. Their familiar, musky scent, combined with traces of Chanel № 19, left he.r longing to be the one with he.r Lady, right now.

The sexual jealousy with which s.he thought s.he was coming to terms, dare s.he say, even coming to enjoy, struck he.r mercilessly now with pangs of excruciating anguish. The audible delights of he.r Lady’s ecstasy could be heard all the way from Her boudoir. As he.r own pretty panties struggled with the containment of he.r arousal, s.he removed Lady Amanda’s panties from he.r nostrils with unbearable reluctance and dipped them into the soapy water. To the echoes of he.r Lady calling out David’s name between Her repeated screams of “Yes!”, sissy francine found a natural rhythm with which s.he could execute he.r labours. Such was the lot of a sissy maid who had signed up to the post-nuptial terms of the Maidservant’s Cuckold Covenant.

The following morning, with the aroma of freshly made coffee filling he.r nostrils, sissy francine balanced the serving tray in one hand. Beyond the door before which s.he stood lay a history of indelible memories. The sexual impropriety s.he had unavoidably witnessed there had become the flashbacks of he.r traumatized soul, their torment causing he.r to hesitate, before knocking the door of he.r Lady’s boudoir. More vociferous than usual, Lady Amanda’s cries of ecstasy left sissy francine wishing that, in years gone by, s.he could have displayed an aptitude to provoke such vocal responses to he.r diligent endeavors to fulfill he.r Lady’s desires. Having previously observed the enormity of Lady Amanda’s chosen lover, sissy francine had no doubt that this could, and would, never be.

Hoping the crescendo of he.r Lady’s frenzied euphoria would not be long in coming, sissy francine checked her appearance in the hallway mirror. Already fully dressed for he.r day’s exacting toil, s.he considered the singular privilege s.he enjoyed in the face of he.r humiliation. Lady Amanda’s concession to he.r once strictly enforced dress code meant that, beneath he.r white, lace-trimmed apron, sissy francine could now choose from a selection of approved dresses. The floral pattern of the chiffon dress s.he now donned raised he.r spirits, its bias cut forming a graceful hemline around he.r calves. Its feel against he.r nylon stockings caused he.r heart to skip a beat, whilst he.r high heeled, taupe court shoes imbibed he.r with a sense of exhilarating intoxication. Through he.r white apron, he.r growing excitement was becoming obvious. With no end to he.r Mistress’s vocal jubilation likely anytime soon, he.r anxiety was to grow in unison with the expansion of he.r sissy-clit. Fretful that the coffee upon the tray s.he held would cool with any further delay, sissy francine raised a hand and knocked gently on the door. The persistence of Lady Amanda’s breathless shrieking left a sissy’s request for entrance either unnoticed or ignored. A nervous sissy tried again, rapping on the door more loudly.

With a deep breath, sissy francine opened the door. What greeted he.r caused he.r to avert he.r gaze. Having placed the coffee on Lady Amanda’s bedside table, s.he approached the window to open the curtains. Sissy francine’s presence made little difference to events unfolding before he.r. Without hiatus, Lady Amanda’s invited lover, David, was driven in his intent to fuck Her senseless. Reaching for the ceiling, Lady Amanda’s divided legs seemed to lengthen with every plunge of David’s life force deep within Her yielding openness. Her arms around his neck held onto him determinedly, inviting him deeper and deeper into Her gaping wantonness. With Her nightdress pushed up and gathered around Her neck, David was ravaging Her breasts with impunity. Such unrestrained and hysterical eagerness was the kind of behavior in which Lady Amanda would never have allowed Her sissy maid to indulge. With no acknowledgement of he.r presence and no abatement of Lady Amanda’s voluble urges, sissy francine thought it best to make a discrete exit to attend to preparations for he.r Mistress’s languorous bathing which, no doubt, would be assisted. Whether or not he.r departure had anything to do with the onset of Lady Amanda’s titanic orgasm, sissy francine would never know but, given the insignificance of he.r presence and the intensity of David’s passions, it was unlikely.

In Her sissy maid’s absence, the room became saturated with the reverberation of Lady Amanda’s unbridled joy as Her entire body shuddered uncontrollably with paroxysms of heightened pleasure. Not unused to such elevated delights, Lady Amanda thought Herself capable of coping with the waves of multiple orgasms taking hold of Her but, as the passage of time offered no dissipation in Her ecstasy, She wondered if She might struggle to survive the frenzied hysteria now holding Her captive.

It took the tranquillity of a languid, hot bath and the grounding of sissy francine’s hearty, cooked breakfast before serenity was to return to Lady Amanda’s Sunday morning. At such moments, Lady Amanda had a flare for infrequent but meaningful affection, for knowing when to be merciful. With David’s departure, Her invitation to Her sissy-wife husband to join Her on the sofa was an act of compassion quickly seized upon. Running he.r hands down the back of he.r dress, sissy francine turned and perched he.r derrière next to the woman who was he.r wife and redoubtable mistress. In an even rarer moment of kindness, Lady Amanda let sissy francine recline and lay in Her lap. The vista of he.r upward gaze filled sissy francine with hope. The sight of Lady Amanda’s nimble fingers, unbuttoning Her blouse, aroused within Her sissy maid’s petticoats the desire of anticipation. A sissy’s delight at the ease with which he.r Lady opened Her bra with a front fastening was evident from the excitable movements beneath sissy francine’s dress. Cradling Her sissy’s head within Her right arm, Lady Amanda allowed Her emergent breasts to descend over Her sissy’s waiting countenance, leaving Her left hand free to explore beneath sissy francine’s petticoats.

“I’ve been thinking, sweetie,” Lady Amanda announced as Her palm came to rest on the pulsating silk and lace bulge of Her sissy maid’s panties. “Don’t you think your journey to womanhood has been progressing rather slowly of late?”

It came as no surprise to sissy francine that he.r long awaited veneration of he.r Lady’s philanthropic breasts would be offered with a challenge to he.r mind to accompany the distracted probing of he.r underwear. Aware of the one way nature of the conversation to come, sissy francine’s lips sought suckle in Lady Amanda’s proffered breast.

The shock of this tête-à-tête brought about a momentary pause in sissy francine’s ravishing veneration amidst the bountiful milk of he.r Lady’s kindness.

This concerning news may have been unnerving but, as Lady Amanda employed one hand to check Her phone messages, in an atmosphere of blind panic, sissy francine could only draw the occasional breath he.r Lady’s breasts would permit. Never far from sissy francine’s thoughts was what Lady Amanda might do next with Her panty-grasping hand. Needless to say, sissy francine submitted he.r application to the House of Sissify, that very afternoon.

Yours, in adherence to the good sissy guide,