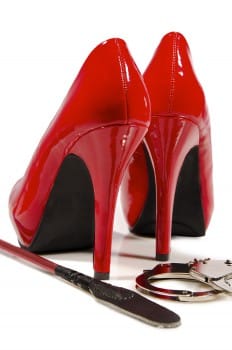 This sissy was intrigued by the idea of Servitude as a mindset rather than an activity. s.he considers herself submissive and obedient to her Superiors when appropriate, but has never considered he.rself to be like this in real life. This sissy was extremely aroused at the thought of he.r brain being rewired to be constantly submissive, especially the part about it being reinforced with humiliation and discipline. This sissy knows that s.he is a selfish masturbator at the moment and this needs to be erased from he.r personality.

sissy has never curtsied before, so s.he began practising in front of the mirror. s.he was embarassed at first at how submissive and humiliating it was, but sissy now realises that embarassment is not something a sissy should care about. This sissy will keep practising her curtsy and hopes one day to curtsy in front of he.r Superiors, showing them proper respect. s.he actually feels weak at the knees thinking about curtsying in front of someone, immediately marking he.r out as a submissive.

This sissy feels that s.he is quite in touch with he.r feminine qualities and emotions, but will endeavour to become less and less male in everyday behaviours and attitude. This sissy understands that s.he will not be pretending to be a woman, but rather s.he will give up the pretence that s.he is male. If s.he was a male, s.he would not be browsing sites such as this and following instructions.

This sissy is embarassed to admit that s.he does not yet own a pair of panties. This is a shocking oversight on sissy’s part and should be grounds for punishment. s.he will buy the laciest panties s.he can and wear them everyday. The thought of having he.r clitty constantly encased in panties is a thrilling one and s.he feels that it will further reinforce her (hopefully permanent) sissification.

sissy feels that s.he currently has a walk that is unbecoming of a lady and very improper. s.he walks quickly with h.er head held high, yet another example of performative maleness that s.he is trying to escape. sissy feels that wearing heels will aid he.r in adopting a more feminine, seductive gait to please he.r Superiors. sissy is also extremely excited to practice kneeling before he.r Superiors, as s.he feels that it will be extremely exciting to he.r and pleasing to he.r Superior to see proper submission before them.

sissy had never considered the importance of sitting properly, but will take every step to ensure that he.r sitting position immediately conveys he.r femininity and submissive nature.

sissy understands that this training requires he.r to be punished when mistakes are made and lessons need to be learned. sissy knows that without proper discipline s.he will resort back to her old habits of pretending to be a man. This must be erased from sissy so that s.he is in no doubt as to her gender position.

sissy considers herself in touch with Women’s issues and always takes their side in any discussion. s.he will endeavour to become more generous and thoughtful towards the Women in he.r life, further reinforcing their Superiority to he.r. sissy will try to make up for previous toxic male behaviours by treating the Women in he.r life as the Queens that they are and will always place Their needs above he.rs

No panties? Resubmit when you’ve applied the Assignment honey!