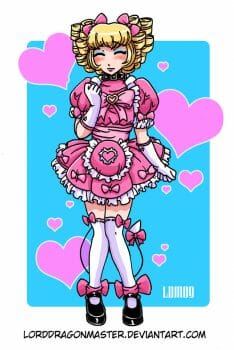 This little sissy would like to give a report on article, “Secret Sissy”

Stealthy shopping
This little sissy began to collect a wardrobe back in the day. Panties were the easiest to get my danty little sissy claws on. All those little neighborhood “gg’s” would give me panties and stockings. This little sissy became a living doll that all those “gg’s” could play with. This little sissy loved it. When their Mother got them new shoes this little sissy got the old ones like hand me downs from a bigger sister. Dresses too. My sissy time was short, an hour or two here and there. The panties and the stockings could be dawned with no question but the dresses and shoes had to be stashed in a macho back pack to pass the radar of any curious campers.

Becoming one of the girls.
It is a funny thing too this sissy that children have an innocents about them that shield them from the realities that seem to bother adults. When it come to the roles of male and female, adults are all, “you do this and you do that”. It was not like that during my sissy playtime with the “gg’s”. We played with dolls and dreamed of weddings and being mothers. We put outfits together and played with make up. Mother allowed this little sissy to let her hair grow long and it was if there was a room with a bunch of little girls talking and giggling with their dolls on the floor.

Throw out the porn.
This little sissy is a smart little sissy however, pornography was a word that not in this sissy’s vocabulary. Do not misunderstand. There were Playboys, Penthouse, and Hustler but all they did was re-enforce any desire to look like that. As the days moved on, dolls were replaced by books. Stories of damsels in distress being saved by knights in shinny armor. It started with Judy Blume and J.R.R Tolken and then Steel, and Tiffeny Pitcot. Mother reads a lot of books and that gives this little sissy an ample of books that that did not need to be hidden like so many other of this little sissy’s sissy paraphernalia.

Get over yourself
As was stated previously, this little sissy did not remain in that grey house. Mother has her ways and as this little sissy left that environment of no tolarents and conservationism. This little sissy had relocated to a world that was open and free. It was clear that there was no shame, no need to hide. No need for a secret sissy playtime. This sissy’s mind was opened and is all the better for it.