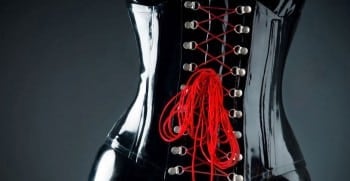 This sissy has recently joined the House, and this will be her first assignment report. sissy sandy read the Zen of Servitude assigment humbly reports her attempts to act as the best submissive pet she could be for her owner. Though sissy’s Superior dose not know of this sissys real nature but She dose know that She owns sissy sandy in so many ways.

Sissy is already a fair cook and dose most of the cooking for her Superior, but sissy used to be proud of her ablity to cook and turn turn recipes into meal( sandy would be excited to share her recpies with any of her sissy sisters)but after read the Zen Sandy realised that it is sandys previlage that her Owner allows sandy to cook for Her.

sissy has now made it her goal to cook only the types of meals Owner likes ( though she will miss the grill).

sissy’s Owner throws a lot of parties and even though sissy has been cooking for many of them but the actual hositing has not be her forte, however sissy is going to change that starting comming saturday when Superiors family will be comming over.

sandy is unfortunately not very skilled at giving foot messages, however yesterday she was watching TV and sat by Her and sissy took some moistriser and said that the weather was really dry and after some to and fro sissy was where she belonged at her Superior Owners feet and moistrised and messaged those devine feet, sissy would have loved to kiss and lick Her feet but was unable this time.

sandy knows that these actions do not even the scratch the surface of being satisfactory and humbly hopes she will do better next time with more practice.

sissy has also started with small steps, putting one foot ahead of another and has found for some reason while doing this there is naturally some saway in her arms if she keeps her wrists limp, but this sissy is so sorry to report that she some time slips back to her old made of walking( boy mode?) if she is not paying attention.