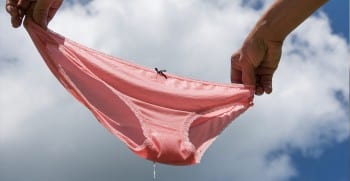 Dear Superiors and sisters, this is misti her first report on the Resolution assignment.

She first wrote this assignment in August, but she found that she already had changed a lot in the time the report got reviewed by her Superiors that she could not resist but to add the changes into her report.

Owning panties and bra’s was always an humiliating thought for misti, she felt ashamed that as a “boy” she had the desire to wear and own such feminine underwear. After years of exploring and expanding her wardrobe she finally realized that wearing underwear is not something to be ashamed about. After all its just underwear!

Underwear that not only is comfortable on smooth skin they are also way more fun and exiting then boxers, panties comes in different shapes,styles and colors and can be plain, sexy or cute. A total opposite of the boring boxer short the average man wears. It is hard to think that this sissy once thought it was wrong of her to wear panties, come to think of it wearing plain boxer shorts just feels boring and strange the girlier she gets.The next step will be replacing all of her male underwear, as a sissy does not have any use for them anymore!

Having just pretty colorful panties to choice from will constantly remind this girl of her femininity, it will strengthen her sissy identity and will eventually feminize her deeper.

To achieve this, misti will check back on her goal once a week on a Sunday and throw away a pair of boxers when she does. As the amount of boxers dwindle, it will become obvious that eventually wearing panties to work or whilst meeting friends, family or other people is not as big of a deal as it used to be for this sissy girl.

In order for this resolution to succeed a deadline must be put in place, a purge day(or panties day!). So the 6th of October will be chosen as purge day, on that day all remaining boxers must have been thrown out. With that, misti will have started a whole new chapter in her story. A chapter that at the moment of writing feels scary and humiliating but something she must face heels first

As the weeks process, misti hopes to see positive and feminine results and changes in her behaviour and she cant wait to share them with the House.

As the weeks processed misti started to throw away her ugly male underwear , by September ends she was wearing panties most of the times. Oktober came around and with a little encouragement from the House she finally managed to become boxershort free.

Being constantly reminded of her place in this world she noticed several positive changes, she stepped up her shaving routine, caught herself browsing for fashion idea’s (which is really fun!), became more confident as a sissy girl which resulted in her posting more pictures of herself in the House and she also noticed herself taking make-up more seriously.

Not only did it have positive effects on her feminization, she also noticed herself become a bit more organized, something this sissy really needed!