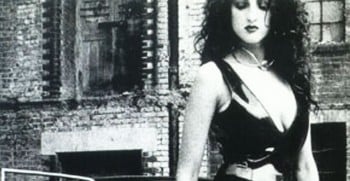 This sissy cannot read this Assignment too much. It could bear reading every day.

Becoming a complete sissy requires an acceptance of that is who one is. It requires embracing the reality that one is someone else’s property, that one is literally owned and only exists to serve one’s Owner. Rules set by The Mistress or The Master are to be memorized and followed as that is Their way of ensuring that the sissy understands her place. With respect, this sissy believes that submissive behavior comes naturally once a sissy has embraced and accepted that she is someone else’s property, that she exists to serve Another.For example a curtsey is a show of respect and should come naturally and should not have to be remembered. It reflects who and what a sissy is, property. Addressing a Superior as Mistress or Master merely acknowledges that the sissy is Their property.

In addition to being property a sissy has to accept that she is inferior to Superiors. This can be exhibited in every part of a sissy’s life. At the office, even during a sissy’s work time sissy can place all Women on a pedestal and treat Them with the respect deserved for a Superior. See oneself for who sissy is, an inferior, especially to Women. Let sissy’s actions, demeanor, and speech reflect that inferiority.

A sissy should at all times be reminded that she is a submissive sissy. sissies should not own any Real Men underwear. sissies should always wear panties, even in business meetings or in the board room. Panties should be a part of sissy’s life as sissy must always wear something that constantly remind her that she is a sissy. Panties, bras, hose; something must be worn at all times. This sissy owns no Real Men underwear. This sissy only owns panties.

Servitude is recognizing that a sissy is Mistress’ property and serve as such.