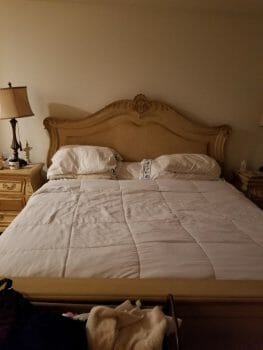 It is a fact that all Women are superior to men. This sissy realized this a long time ago, having grown up in a female household. All men must inevitably be feminized to erase the toxicity of their behaviors and be subservient to those born without masculine shackles. This experience has thoroughly trained this sissy to serve others, especially women, whether if she is in college or home, and to adopt feminine mannerisms and traits to better emulate her superiors. However, it wasn’t until recently that this sissy has decided to take an even more proactive role in serving women and feminizing herself.

Sissy vanessa is a secret sissy. Nonetheless, after s.he read the Zen of Servitude shortly after s.he joined the house, s.he is constantly practicing feminine mannerism and wearing feminine undergarments under her clothes, whether if she is in public or at home. This sissy gently sways her hips as she walks, showing a hint of h.er panty lines as her jeans tug side to side against h.er tush. When sitting down, this sissy instinctively sits down with h.er legs crossed, and whenever s.he catches herself spreading h.er legs to make room for h.er pathetic clitty, s.he punishes herself. Whenever s.he has to tinkle, s.he hovers over the toilet, as s.he is not a man, but a sissy who has no business doing it standing up.

In terms of this sissy’s service of women, s.he is obsequious by nature, even when s.he was a young age. S.he always has had passive role in group interactions and never assumed leadership roles, s.he only sought to aid the group leader in whatever task s(he) sought to be completed. This sissy is ashamed of her previous male characteristics such as arrogance and aggression that she displayed in high school. This sissy stayed too much in character when attempting to maintain h.er fake male facade. However, since then, s.he has taken long strides to widdle h.er masculinity away. S.he no longer does sports and never assumes leadership roles. S.he only does her best to be supportive, encouraging, and as servile as s.he can to others. This sissy is reliant, always going out of the way to do favors for friends, such as picking up groceries, books, or school supplies while s.he is out. For this sissy’s female suite mates, s.he goes out of her way to perform tasks such as cleaning rooms, carrying books, and buying groceries. At home, during school breaks, this sissy halves the domestic workload for her mother, by performing duties such as cleaning the bathrooms, doing laundry, mopping the floors, and making beds.

Despite the efforts that sissy has made since joining the House, she has neglected many of these duties prior to her admission. S.he often failed to consider if s.he put the needs of a woman above her own. This sissy needs to be more proactive with respect to this, and has been taking steps at home to further serve the women of this sissy’s family. This sissy has also neglected to wear panties on a daily basis, prior to joining the house. S.he needs to be punished for this transgression, and now makes every effort to practice h.er feminine mannerisms and wear panties under her clothes in public. Even worse was that this sissy, as mentioned before, did not completely submit to h.er own femininity, and let the masculine characteristics of arrogance, command, aggression, and stoicism rule over her. Sissy was in denial about not being a man, and it wasn’t until recently, after reading the Zen of Servitude, that she sought to completely eradicate h.er masculinity.

Going forward, sissy vanessa will continue to serve and feminize herself until she has reached a state of sissy enlightenment, a state of pure feminine bliss and total submission.