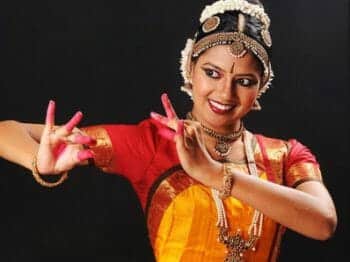 Mistress and sissy were in India this past week for the second time in three months. This trip was to attend an Indian wedding, a first for both of Us/us. sissy is sure many Superiors and sisters at The House knows much more about India than this sissy but sissy thought it might be interesting to share a few observations and compare them to the sissy/submissive lifestyle.

India is a country that has people of great wealth and people living in abject poverty. sissy has seen both sides during Our/our recent two trips. On our most recent trip We/we saw conspicuous consumptive wealth that was over the top in privilege, entitlement, and ostentatiousness. On the other end We/we saw poverty beyond our expectations with people living in shanties thrown up almost on top of each other, people under blankets at night on the sidewalks, and then those without even a blanket. The contrast was unbelievable.

After reading a bit about India sissy has learned enough to be dangerous as it’s society is far more complex than sissy’s simple approach. sissy has learned that the caste system (re class) comes from Brahma the Hindu God of creation. There are four main castes in Hindu India: at the top of the caste system are Brahmins who were mainly teachers and intellectuals and came from Brahma’s head; then came the Kshatriyas or the warriors and rulers that came from his arms; the third slot went to the Vaishyas or the traders who were created from his thighs; and finally at the bottom of the heap were the Shudras who came from Brahma’s feet and did all the menial jobs. Though India is trying to make sure people regardless of caste have opportunities it appears to this sissy that in some way the caste system lives though it may now be made up of the haves and have nots.

As Mistress and sissy watched the wedding spectacle Mistress compared this caste system to Our/our lives. Mistress told sissy that sissy was born into a submissive class and that it was not a choice, it was reality from birth. Mistress told sissy that service by the sissy/submissive class was a calling, a duty, and an obligation and should be conducted with pride in who one is. Mistress really embraced what She saw and has been much more demanding since our return mentioning that as a part of the Dominant caste She is entitled to sissy serving Her, obeying Her, amusing Her, and being owned by Her. Mistress has promised “no quarter” if sissy’s service doesn’t meet Her entitled expectations and sissy is wearing the belt scars today that reflects Her newfound authority. sissy found the trip enlightening as it reinforced that the sissy/submissive class is not a unique situation.

Other societies have social strata, Ours/ours is just called Dominant and submissive castes. sissy loves the class in which she resides. jimmie

wonderful report. this sissy has known several people from India, working in th US but not yet a US citizen. All were upper class. sissy talked with all of them about caste and different geographic areas in India and their history, these were shorted conversations each time, but sissy learned some of what you are reporting. great work!

Some call it Destiny. Others karma. Just know you have the choice to be the best you can in any form!

Madame Stewart, You are right as sissy was destined to be a submissive. jimmie