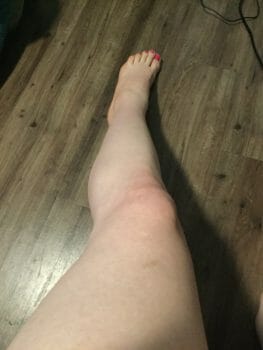 After soaking in a nice, hot relaxing tub for 10 minutes sissy susie proceeded to lather up her long legs with cream. she then patiently guided a pink razor with her forefinger and thumb, as instructed, from toe to knee and worked circularly around the calf. Although sissy susie was aware that Mistress didn’t want her to use an electric razor, however, she did use an electric clipper to preemptively remove most of the unsightly hair. If this in any way upsets Mistress, she humbly and pathetically asks for forgiveness.

After the shaving of her calves, she followed the same procedure on her thighs and tushy. For the more sensitive or bikini areas, sissy susie used a Women’s hair trimmer by Veet. sissy susie has very sensitive skin and has had plentiful experience with razor burn when repeatedly shaving the bikini area; so, she again pleads for forgiveness and if Mistress in anyway disapproves she will do as instructed.

sissy susie then applied the same techniques to shave her belly, and breast region. After the shaving was done, she grabbed a nice, wet and hot washcloth and washed her silky, girly body all over to exfoliate the skin making razor-burn unlikely. Since Mistress could not certify her girlish task, sissy susie did her best to imagine as such.

After dabbing herself with a soft, fluffy towel, sissy susie applied “baby sensitive lotion” on her extremities and torso and “bikini zone skin-bumps shave gel” to her naughty bits. sissy susie hopes her report is satisfactory to Mistress. It has now been two days since the initial shaving, and now she has a date with the bathtub and razor.