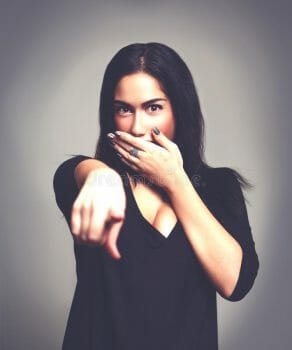 This is this sissy’s first report and this sissy is aware it will be as inadequate as is everything about this simpering, pathetic failed-boy who now trembles before You and Your Superior Real Femininity. Still, as commanded by Your rules, this sissy will relate its attempt at this Assignment.

To erase more of this sissy’s fake male-ego and atone for all the wrongs done to Real Women- this sissy reached out via email and informed this sissy’s ex-wife of joining the House. The ex, whose name is Ashley, was this sissy’s Mistress for a time and knows the sissy’s secret. this sissy knew that admitting to a continuation of sissy submission would not only increase Ashley’s power over h.er, but bring on disparaging comments and humiliation. The reply was taunting and cruelly amused, with comments such as

“You really are a faggot aren’t you? You can’t get enough of all that sissy shit! Have they made you bend over and get fucked like I did to you? I bet you want that!”

The next day this sissy attended a family lunch where Ashley was present and wanted to cancel- decided it would be a good lesson in the Zen of Serving to be dominated mentally. this sissy knew from the moment She walked into the restaurant with a smirking smile that this sissy was to be her amusement for the afternoon. this sissy was terrified of how far She would go in exposing the secret but was powerless to do anything but be demure and quiet and subservient to Her in a desperate attempt to appease Her.

When Ashley hugged this sissy hello s.he felt her hand feeling h.er shirt and she whispered, “No cute little bra today? I bet your new friends wouldn’t like that!”

It went on from there, with little veiled comments and controls like making this sissy sit next to her and pinching and fondling h.er under the table. this sissy had to fetch her an extra napkin and was even sent out to check the parking meter on Her car. There were several times this sissy was forced to agree with Her without giving an opinion and ever time this sissy had to say “That’s absolutely right”or “Yes Ashley!” and not argue….Ashley would smile a knowing smile. At the end of the lunch Ashle ymade a point of making this sissy agree to bring a blender over to Her house for an upcoming party She was throwing and said, in front of everyone, “You could stay and help me get ready- you were alway better at cleaning and cooking and other ‘womens’ work’ than I was!” As we were leaving She said She would text me about the blender and the party…and this sissy is afraid of what will happen because this sissy can’t say no to whatever Ashley wants. this sissy thought, “Maybe She will become Mistress Ashley again!” And then this sissy realized She was,is,and always will be “Mistress Ashley.”

Throughout the lunch this sissy was put face to face with what is is to squirm and submit in deed and thought to a Real Woman who knows this sissy is blushingly humiliated by that submission…and at the same time knows this sissy loves it. It was a powerful lesson in this sissy’s true place in life- on h.er knees, feminized and seeking to please an All Powerful Mistress.