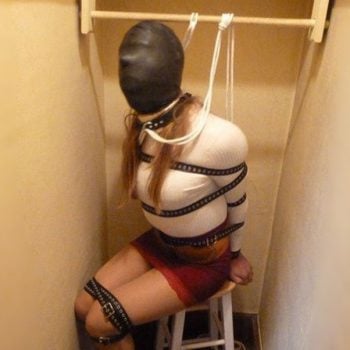 About twenty years ago this sissy worked as the only male teacher in an elementary school. This was a great opportunity to learn submission and practice and model all things Feminine.

This was the time sissy began to get serious about he.r femininity and becoming a secret sissy. s.he began plucking and grooming her eyebrows, wearing panties, and on occasion practicing tucking with a panty girdle. s.he also began wearing panty hose under h.er male clothes and sometimes s.he wore a bra as well.

sissy also began shaving legs, body, and underarms too. There was always something so thrilling about the fear of being called out or discovered by a Superior “colleague”. Alas, it never happened.

Other career opportunities came about and sissy geri’s growth was put on hold. About a dozen years ago, geri got a teaching job near a major metropolitan area and began to discover other ways to secretly sissify herself. It was at this time she discovered waxing. At first s.he just had her legs waxed, but discovered a spa that was adding male brazilian waxes to its services. The first brazilian geri got was a training session for an employee so s.he was at the mercy of two Female technicians. It was so exciting to be at the mercy of two Female Superiors with nothing over he.r clitty except a small towel.

It was at this time sissy also began brow waxing and makeup. One esthetician was a big help with subtle eye shadow, liner, and brows. sissy also visited private make up studios on several occasions which were big steps in her sissification. All the while geri did this in secret, but s.he was becoming more and more feminine.

With more disposable income sissy decided to try laser hair removal. First, over a period of a year s.he had chest and tummy hairs removed all the way down to about two inches above he.r clitty. Later h.er esthetician told geri She knew geri was gay, trans, or both. sissy was so grateful to this Superior for outing her in this way. Then sissy began on a process of laser removal of leg hair. This process also took about a year.

Next sissy began facial laser hair removal. This made such a huge difference for sissy. However, because of the amount of white facial hair, laser treatments were not enough so geri began electrolysis. The Superior technician is so wonderful. She is very discreet, but knows geri is a sissy and on herbal supplements. In all of these treatments, geri has been so grateful to be under the control of a Superior Female.

geri also discovered that she could wear modest foundation daily without drawing excessive attention to herself. Often s.he will add subtle touches to eyes and lips as well.

Finally, sissy has also had botox, sculptra, and other fillers to give h.er a more youthful and hopefully more feminine appearance.

To summarize, sissy has been feminizing more and more over the last two decades, albeit secretly.
Panties, hose, hair removal, makeup, and cosmetic procedures have all helped, but sissy knows s.he has far to go. Little by little her secret self is becoming more and more open.