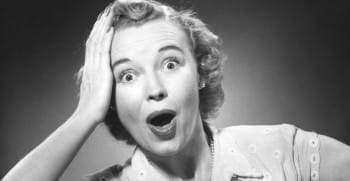 When this sissy started he.r relationship with her Superior it was all the way back in 2001. On he.r second date s.he revealed something of he.r nature to he.r Superior: s.he was wearing the knickers jennibel’s Superior had left at he.r place after the first date! jennibel wanted to make sure that if her secret sissy side ever…became unhideable – it was not a complete surprise for he.r Superior. For the next decade this sissy’s Superior bought jennibel the occasional pair of knickers (jennibel has been wearing only knickers since she was a teenager) and even a skirt or two.

But then jennibel met a lesbian lifestyle domme online in 2015 and they talked and talked, then talked some more. The Domme said She didn’t enjoy talking with Men on the internet and jennibel said s.he was honoured to be an exception to the rule. The Domme laughed, “sweetie, you aren’t an exception.” This sissy confesses it took an awkwardly long moment to understand Her implication.

This sissy could not hold back the flood much longer, and confessed to the Woman s.he had been with since 2001 – now he.r Wife. jennibel confessed knickers and the occasional fancy dress outing weren’t enough to satisfy her itch. So this sissy started going out and about whilst dressed and began increasing the size of her wardrobe.

This did mean having to have some very difficult conversations about what this means with he.r Superior. This sissy didn’t know what it meant – which is why the conversations were so difficult! jennibel did know that when s.he wore he.r breast forms the anxieties that were eating at he.r just melted away and so s.he settled on the term ‘genderqueer’. Wife was a little unsure at first but after a few months it had become the new normal and life settled down.

Over the next few years jennibel and Wife talked about real boobs. Wife thought this sissy was crazy to volunteer to having breasts, but over time saw that it was certainly what jennibel wanted. Wife had always thought jennibel would go for a surgical option, but jennibel kept saying if s.he was going to get them for real s.he’d prefer to grow them naturally.

Then jennibel became an inside girl at the House. s.he had felt that restlessness pressure begin to grow unbearable once more and reading the assignments and following he.r sisters’ stories s.he knew another conversation was required. This one was a big one. “Let’s talk about hormones…”

jennibel’s Wife was freaked out by the notion and had thousands of questions. “What pronouns?” “Am I going to have a wife?” “Does that mean this is a lesbian relationship?” “What’s going to happen to your penis?” jennibel was overwhelmed by the rapid fire questions and could see that Wife was spiralling and there were likely more questions and fears that weren’t being voiced. jennibel held Her and reassured Her as best as s.he could. This wasn’t going to be easy s.he told he.r Wife. But we’ll do it together.

jennibel has learned that the key to telling one’s Superior is communication communication communication. Easier said than done, perhaps. This sissy was both lucky and exercised forethought in selecting he.r partner, making sure to find someone who s.he could have these conversations with should they be needed. jennibel learned from the sisters that went before he.r that fighting the sissy inside is often a losing battle – and if the Superior learns of it before the sissy has communicated it, trust is shattered, relationships can be ruined.

Wife knows jennibel is a submissive girl, but the word ‘sissy’ has not yet been employed. Everytime s.he tries jennibel finds the word catches in he.r mouth. One day. One day s.he’ll openly be cleaning their house as a maid…

jennibel wants to thank the House for helping he.r over the precipice and commits to continuing to communicate with he.r Wife and Superior.

Loved the report! So proud of you to have that conversation!

This sissy wants you to know that you are a very lucky sissy and this sissy to very proud of you for having “the conversation” – it sounds like a lovely relationship with an open flow so this sissy is sure that you will be cleaning in a maid’s outfit in no time. 🙂

jennibel, we talk about feelings and empathy in our house. This sissy wants to commend you for a lot of wisdom. One area of common sense that stood out was the emphasis on communication. Great job! This is not an easy topic for any of us sisters; however, a true heart will not stop beating what or who we are. Excellent work!! 5 years from now look back and see the positive changes that you dreamed but had not yet realized. Again super job!!

You are a very lucky girl jennibel. Count those blessings every day, and offer your undying dedication and loyalty to your Superior!