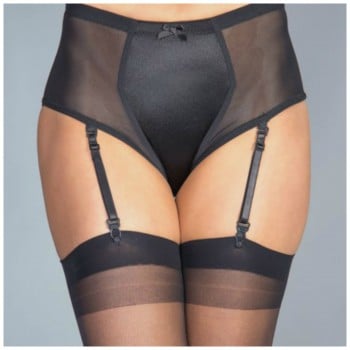 Dear Superiors of the House,

Sissy bitch marysia would like to report he.r second Assignment. To be honest slut like marysia is not good at thinking and nobody in The House required it from he.r, s.he should train, be obedient and keep quiet. This slut just wanted to say that this should be her first Assignment.

Sissy has hated he.r male organ for long time, in the past s.he thought that putting it in into a chastity cage was the best solution. S.he is very pleased that Madame Stewart guided he.r in the beginning. Madame said that is not girly –  but instead is crowning the clitty. That was absolutely right, because it was dangling, taking sissy’s focus and still wanted to be a penis.

How did this bitch fix her tucking problem? Very easy by watching some tutorials and reading sisters assignments reports.

This slut is doing it every morning from the day s.he was joined to The House Community.

Three strips of duct tape are prepared. First slut put her ovaries back to the home and use paper clamp to hold them there. Clitty is wrapped by sack and taped. Second stripe of tape tuck clitty in its place and third is securing plug and clitty on their places.

It takes some minutes to put everything on place and after to check is strength right, while waiting for clitty to calm down and accommodate sissy is spending he.r girly naked time in bathroom, sometimes in socks and brushing he.r teeth and hair styling. When sissy is sure that everything is ok s.he puts on he.r panties and rest of the clothes.

What does tucking brings to this sissy’s life?
Everything sissy would like to say. Tucking makes he.r lower parts feminine. When sissy can’t see clitty it almost doesn’t exists. Touching flat front through pants or panties makes slut on heat. With pussy constantly filled and stimulated he.r sexuality moved from top of the clitty to deep inside he.r vagina.

While being in office it makes sissy more obedient and better person especially for he.r woman co-workers. This sissy started to be shy and focus on other people thoughts and stories.