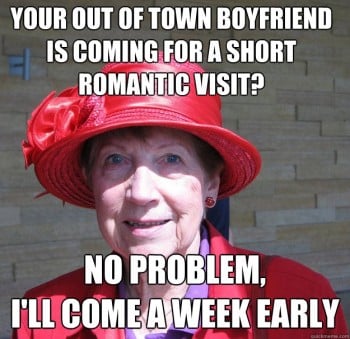 Most recently Aunt Flo came to call and this sissy entered this stage in her development with absolute determination to succeed and to show that s.he is worthy of her place on this training regime.

Preparation – This sissy when to her local supermarket and purchased all s.he needed to bring her first period alive.

She purchased thin panty pads for days one and 5 and a very thick ones for the middle 3 days. S.he also picked up a box of tampons and ordered Glycerin Suppositories and a box of Midol on the Internet as these are hard to find in the UK.

The US measure of one quart is a little over 1 liter so this sissy committed to drinking 3.5 liters of warm water on top of her daily refreshments of coffee and sparkling water. This sissy used to enjoy wine, beer and even whisky but since her commitment to this program s.he has stopped all alcohol. Madame T approves of this, as it will help this sissy to slim down more and means that Madame can enjoy herself leaving sissy to do ALL the driving.

This sissy was under the control of a Master some time ago who enforced very regular nipple training and mind conditioning which meant that sissy would have to keep her nipples smooth, soft, sensitive and often sore. His technique was to have His sissy use suction pumps to draw the nipple and areola out then while under suction small rubber bands were rolled on to keep the nipple extended. He would then monitor this sissy on webcam as she applied the backs of stinging nettle leaves to each nipple making sure each nipple was stung at least 10 times. Master said it was important not to sting anywhere else as the focus had to be entirely on the nipples.

While this was happening Master also used hypnosis to condition this sissy’s mind so that now any orgasm MUST be accompanied by serous nipple torment, so much so that sissy cannot climax anymore without very sore nipples being pinched and twisted.

So as part of this sissies period regime she used this technique along with a daily application of nipple clips whenever this sissy did a weewee as instructed by Aunt Flo. The nettle stings tend to last up to two days so this sissy carried this out on day 1 and day three of her period.

To simulate the discomfort of bleeding this sissy used a mild sweet and sticky teaspoon of chili jam, this not only made her feel the stickiness that a Real Girl would have to endure but it also caused some burning and soreness between her legs. She applied this on days 2, 3 and 4 and reapplied on every second pad change as instructed.

The bloating that this sissy experienced were by far the most challenging part of the experience and did result in three occasions when she had little accidents and on one occasion was caught out and her wetness was visible on her outer clothing while on a bus.

This sissy also used the Glycerin Suppositories on days 3 and 4 and inserted a tampon as well being careful to leave the little pull string hanging. The suppositories increased the intensity of her very full bladder.

This sissy had the chance to be alone on day 3 so she also wore her very tight corset all day and had a day of real struggle.

This sissy has ordered a “Summer’s Eve Douche” but sadly it did not arrive in time. However sissy did enjoy a lovely warm scented bath, which helped to take away the soreness between her legs.

This sissy would like to thank Madame Stewart for allowing her to have this incredible experience and looks forward to next months heavier and more challenging period.

This sissy also wants to extend the hand of friendship to any of her sissy sisters who want to have a tiny taste of what Real Women and Girls have to endure.

As always with lots of love,