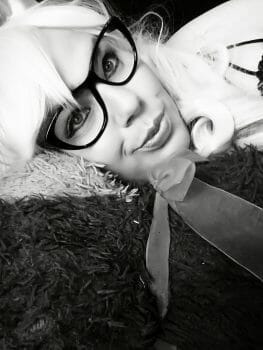 After months of planning, this sissy thought s.he was going to be trapped out in the great white north working all summer, but as chance would have it, the sissy karma Goddesses smiled upon me and with great hast hurried home to pack. This year this sissy attend “Pride” in Vancouver Canada with my amazing Mistress, Mistress Dee.

As this sissy tucked everything in and started doing he.r make up. I started shaking in fear of what was going to come next. However with much encouragement, and being told off and being told I was pretty, I stepped outside and onto the street.

This sissy walked around paranoid that someone would see her. and for the first ten blocks was constantly scared that people were staring at her in disgust. But after a while, this sissy saw the truth. No one here really cared!?And those who did care seemed almost supportive. Maybe it was pride in the air. But this sissy received way more smiles than frowns.There was even this point where this police officer had to take a couple of looks. and smiled.

We walked all around Robson street and down to the waterfront and up the Stanley Park. by the time this sissy returned to the hotel he.r makeup had pretty much melted off he.r face due to the weather. This sissy now felt a lot safer and free and once again dressed up and started getting ready in the cute little night outfit that Mistress had picked out for me. My Mistress and I then walked down to Davie street and went and had dinner that Veras burgers. we sat there together for what seemed like forever, just people watching and cuddling. it was an amazingly romantic experience and one that this girl will never forget.

For the first time in my life, this sissy actually felt like no one was watching, and the only person with eyes on me was the one that really mattered. After a while, we went back to the hotel and cuddled.

kitty is so very happy to report that this was a successful trip. Pride is amazing. This sissy even got to see the pride parade the prime minister of Canada. as he.r hotel was on the same street. I highly suggest that all my sisters put on their cute pink dresses and come out next year!

Extra big thanks to the love of my life, the amazing Mistress Dee.

Thank You to the House and Staff for allowing me to write this report.

nice job dear. princess sissy has had plenty of hateful comments and even being spit at one time. so sissy knows the fear at first. you go girl!

It is so wonderful and liberating to be out…and about!

Liberating is a word that comes to mind. But you look so pretty, it’s surprising this was your first time, much less your concern about appearance. The dam has burst and hopefully you will feel liberated to go out and feel free to be.

Oh kitty that sounds absolutely delightful!! This sissy is so happy that you had such a positive experience!! What an inspiration for all of your sisters!!

All of this girl’s love to you sweetheart!!

So good to you have gotten out for such a supportive event honey. But where’s your photos?