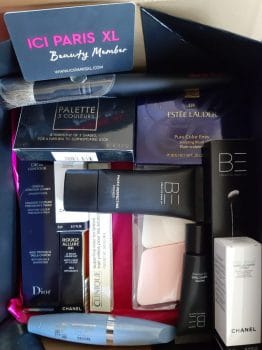 Today this sissy went shopping after work. s.he took a half day off. eva picked a Paris XL shop. There were so much products that this sissy was lost and asked for help. A really kind Woman showed he.r the brands. eva cowardly said that it was for he.r Girlfriend. So the Saleswoman was asking for the color of Her skin, Her eyes, Her hair. sissy was always actually giving her owns “kinda pale” “blue” “blond”. The Woman was so kind that eva was keeping asking questions, more and more Buying everything s.he needed to be pretty. 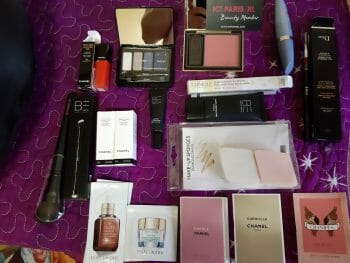 After a while, this sissy thinks that the Saleswoman knew it was for h.er. She wasn’t asking if sissy’s Girlfriend would like the colors, instead, She was asking if eva liked it. She showed this sissy a lot of cosmetics, explaining wich one goes well with an another. This was really instructive.

Before eva paid, the kind Woman asked if eva would like to get samples of products for Women or for Men. This sissy told that s.he would like the Women’s samples. The SalesWoman smiled and kindly gave he.r a lot. This sissy was asked if s.he would like to have a member card. And s.he accepted giving all he.r sissy personal informations. Joining a club mostly composed by Women. When leaving, the SalesWoman gently said that if this sissy have any more questions about the products, s.he can come back anytime. eva was really thrilled and will be sure to go to that Paris XL shop again for he.r make-up and parfume. This was certainly a little expensive. But this sissy’s feminity has no price. It was also stressful at first. But that Woman was so supportive that it quickly became a really enjoying trip.

Now that you are a card carrying member (is it the bra and panty club?), your next exchange with sales associates should be more straight forward, asking you which you prefer, which colors, etc. Acknowledging this is such a big step and removes stress/guilt about shopping for Womens clothing. This makes the exchange much more comfortable and it is wonderful to be helped by Female sales associates. Knowing you are shopping for yourself also puts them in the frame of mind of “what would look good on you.”

inspiring report, eva! isn’t it wonderful to have someone help you shop for feminine items? we sissies are so lucky to get such thrills and warm feelings from something so ordinary and mundane. kindra needs to plan a shopping trip, and soon!

Lucky sissy to be shopping in paris.

How wonderful to shop in Paris you lucky sissy! And on a personal note, I am happy to see they sell Clinique at Paris XL.

Wonderful report honey, and that’s quite a selection of makeup! I look forward to your Face Report.