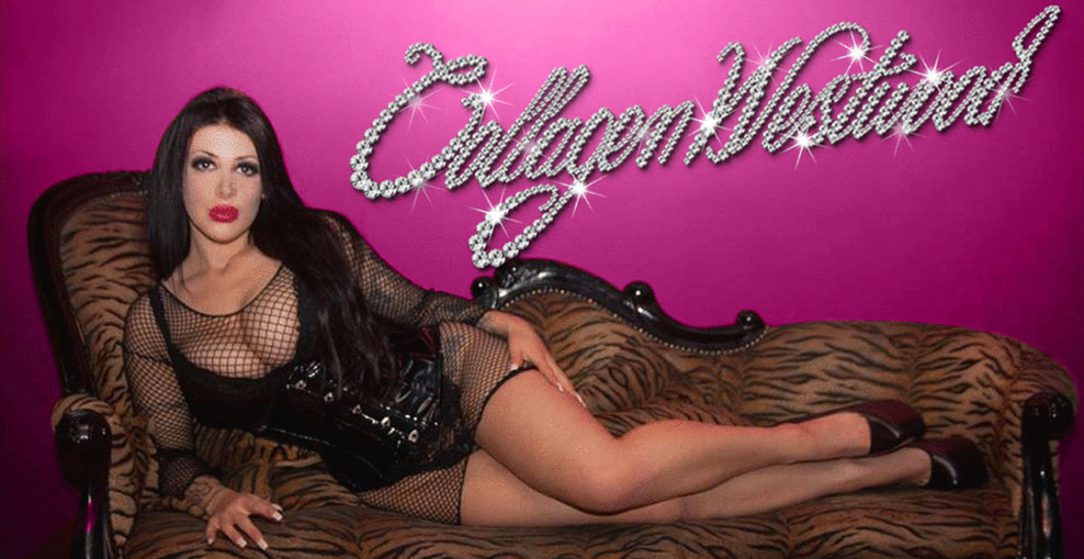 21-year-old Collagen Westwood has admired drag queens ever since she was a little girl and is now doing everything she can to look like one.

The aspiring singer, whose childhood idols were Boy George, Lily Savage and Dead or Alive lead singer Pete Burns, says her mother had a lot of drag queen friends, so she grew up admiring them and wishing she was as glamorous as they were. The young woman from London was bullied and made fun of as a child, and from age 12 she’s been dreaming about plastic surgery and changing her appearance. 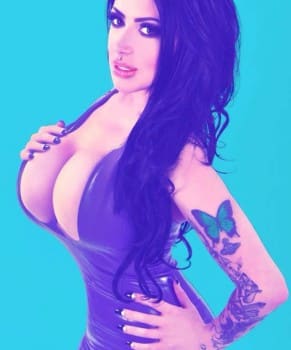 Now she’s living the dream, dressing as a drag queen when she goes out at night and spending her savings on collagen injections and nose jobs to make her look more like her idols.

‘I have a couple of different wigs that I wear when I go out, and people are always assuming I’m a transvestite. I love it when people mistake me for a man. It doesn’t offend me – I think drag queens look fantastic’

When she’s getting ready for a night on the town, Collagen needs at least three hours and the help of a make-up artist friend to put on her huge blonde wig and doll-like make-up.

The drag queen wannabe says she loves looking plastic and can’t wait until she raises enough for more plastic surgery. She intends to have breast augmentation, as well as have some of her ribs removed so she can wear tighter corsets, anything to make her look more like a drag queen.

‘They’re glamorous and beautiful – what woman wouldn’t want to look like that?”

It so comforting to be a member of this community, (you are all my sweet sisters) to know this sissy is not alone, in my exploration into what it is to be a sweet pathetic sissy, who’s only desire is… Read more “sally”