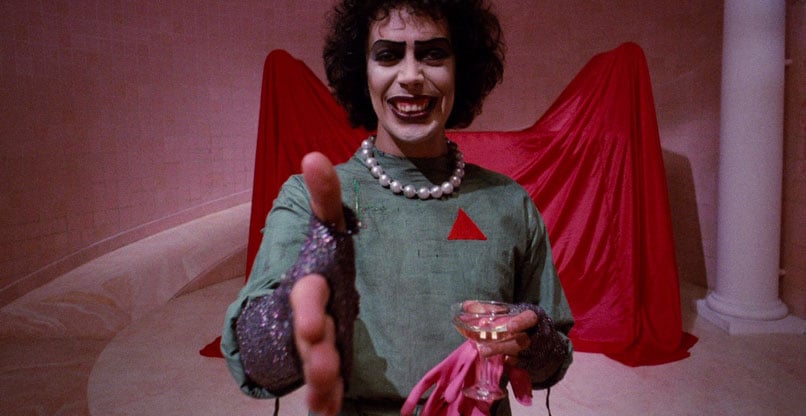 Is this the single time that Tim Curry was willing to discuss Rocky Horror and and his role as Frank N Furter at length?

Fearing typecasting, Tim Curry notoriously shied away from discussing the role he’s most famous for—“Dr. Frank N Furter” in The Rocky Horror Picture Show. He never did the fan conventions. Even at the late date of 2010, when fellow cast members Barry Bostwick and Meatloaf guest-starred on “The Rocky Horror Glee Show” episode ofGlee, Curry still wanted no part of it, which is what makes this B&W interview shot in 1975, the week the film was released in Britain, so fascinating

This is probably the sole extended interview on video that Curry has ever given on the subject of The Rocky Horror Picture Show. He tells interviewer Mark Caldwell of the role’s physical demands, of reprising Rocky onstage in Los Angeles at The Roxy and how he tried to make the character more “evil” for the film version. When asked near the end if there would be a Rocky Horror sequel, Curry firmly deadpans “Not with me in it.”

In recent years, Curry, who had a major stroke in 2012, has been more open to talking about Rocky Horror.

i would like to take a minute of your time to thank you for your Sissify web site. Closet queens like myself have a real meeting place for information, meeting other sissies and accurate information as it pertains to sissydom.… Read more “enrietta”